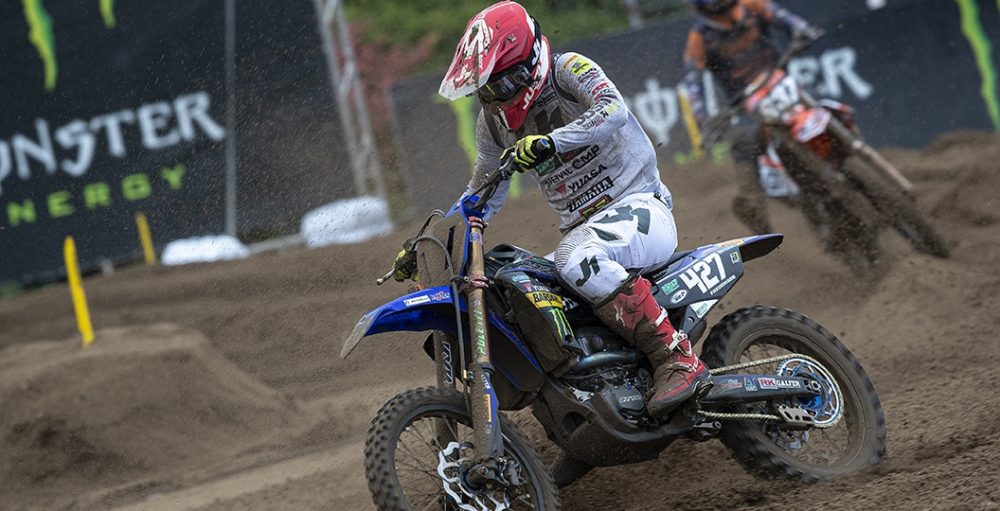 Although Jeremy Van Horebeek has already been seen on a stock Beta, this new shot is particularly interesting. This is the first look at what the Beta looks like with graphics – it is far from conventional – and also confirms that Just1 has partnered with the team. Van Horebeek previously wore Kenny and, before that, Alpinestars. It’s interesting that Just1 did not manage to get him in the goggles though.

The fact that Maxime Renaux has been bumped up to Monster Energy Yamaha Factory MX2 has really been swept beneath the rug for the most part, which is a surprise. Perhaps these new shots of him aboard his new steed will spark attention? Renaux will move to Troy Lee Designs gear and helmets, because that is a team deal. The same goes for newcomer Thibault Benistant.

Hakon Fredriksen has a fair amount of hype on his side, despite having limited success in EMX250. That is a class that he will remain in this year – a new deal with Bud Racing Kawasaki will keep him on the smaller bike. Fredriksen’s new look consists of Seven gear, Alpinestars boots, Suomy helmets and Scott goggles. All of those are team contracts.

Jimmy Clochet, the second rider on SDM Corse Beta Factory Racing, can also be seen in action below. Again, this is closer to what the final Beta 450F is going to look like with graphics and whatnot. Clochet’s also going to take advantage of the team deal with Just1 gear and helmets. It seems riders are open to do their own deals for goggles and boots, so he will run 100% and Fox.