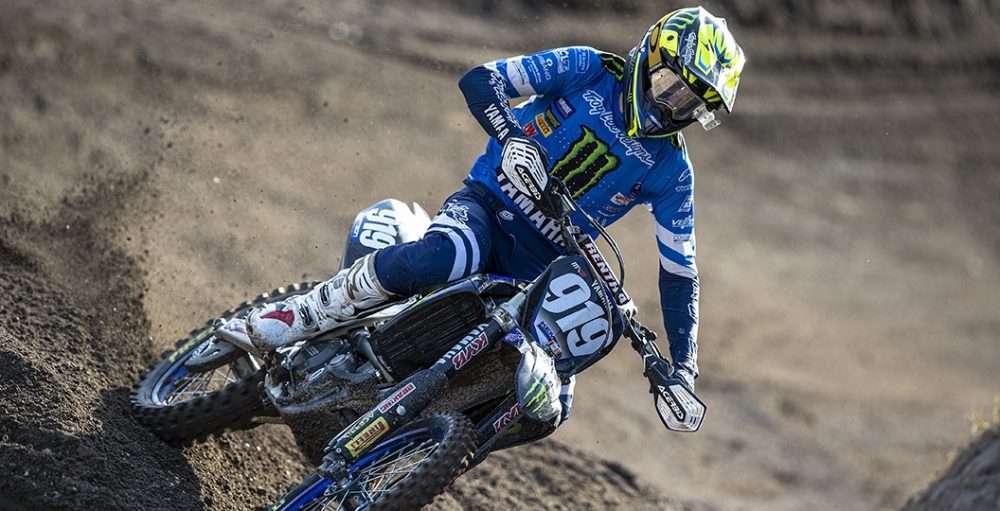 The first video of Ben Watson on the YZ450F has surfaced! Watson is out in France, testing with Monster Energy Yamaha Factory MXGP, and shared the clip below. Watson is obviously wearing Alpinestars gear now, as per the team deal, but has switched to an Alpinestars helmet now as well. Watson will continue to wear Alpinestars boots and Oakley goggles.

Rockstar Energy Husqvarna Factory Racing’s new look was uncovered via the American team earlier this week, but this is the first time that fans have been offered a look at how the European teams will look. The full Nestaan line-up can be seen below. Nestaan will continue with Fox gear and Bell helmets for another season, so the look of the bike is the greatest change.

Thomas Kjer Olsen has already been pictured on the FC 450, but here is a look at the IceOne effort with the new Rockstar branding. IceOne will continue on with their Yoko, Bell and Gaerne deals for the 2021 FIM Motocross World Championship. Arminas Jasikonis has not started riding with his new teammate yet. Again, there is not too much change aside from the look of the bike.

Ruben Fernandez will lead the Honda 114 Motorsports squad into action in the 2021 FIM Motocross World Championship and has been aboard the Honda for quite some time now. It seems as though Fernandez is still running the gear that he used with SDM Corse Yamaha, as 114 is expected to continue on with their Alpinestars deal. Fernandez’s teammate, Joel Rizzi, is heading to France today.