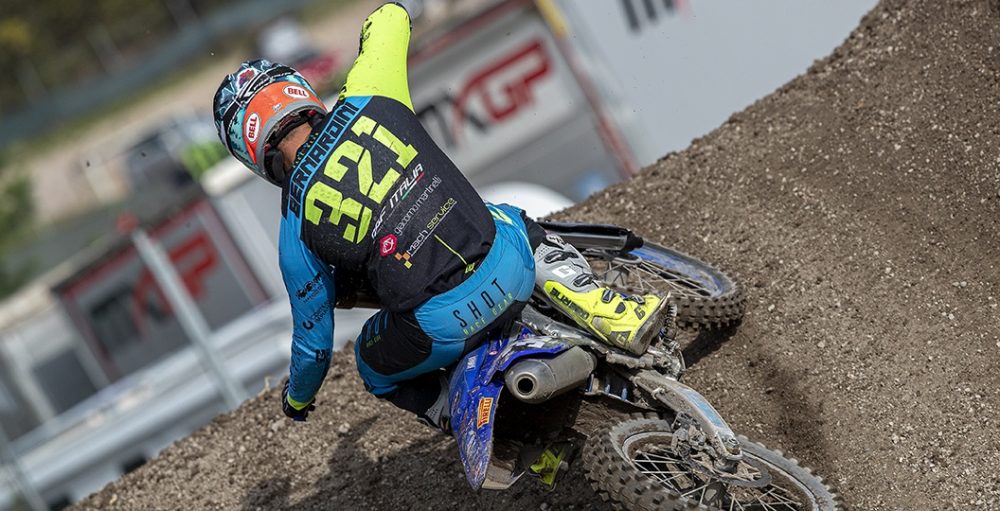 There is not a lot going on in the world of motocross currently, seeing as all of the off-season events have been cancelled. Fans can still get action of some kind from social media and steal a glance at riders in their new seats. It was not too long ago that everyone had to wait for the pre-season races to see a guy in a new set-up! How the times have changed. If you do not frequent social media, a handful of the latest posts are below.

Gianluca Facchetti will step into MX2 for the first time when the 2021 FIM Motocross World Championship begins, as he has inked a deal to sit alongside Stephen Rubini beneath the Assomotor Honda tent. Facchetti will race a CRF250R for the first time, but that’s not the only change. Circuit gear, an Airoh helmet and Sidi boots will complete his new look.

Samuele Bernardini will drop off of the radar of Grand Prix fans when the new season begins, as he is set to make the move to enduro with Honda RedMoto. Bernardini has begun getting accustomed to the red machine on a motocross track, for now, so this is an interesting first look. It sounds as though his gear set-up for his foray into the woods has not yet been finalised.

Jordi Tixier will stick with his own JT911 racing set-up in the 2021 FIM Motocross World Championship, but has made the move over to FXR gear. FXR are keen on riders who run their own teams (note that Shaun Simpson is also an FXR ambassador). Shark helmets and Forma boots will continue to be a part of his programme.

Seeing Arnaud Tonus aboard the Hostettler Yamaha is like jumping into a time machine, as it’s a look that is very similar to what he ran with Wilvo Yamaha in 2019. Arai helmets and 100% goggles will continue to be a part of his programme, it seems, but he has made the move to Sidi boots from Alpinestars. iXS is a major part of the Hostettler group too, so no surprise that the team will run that gear.