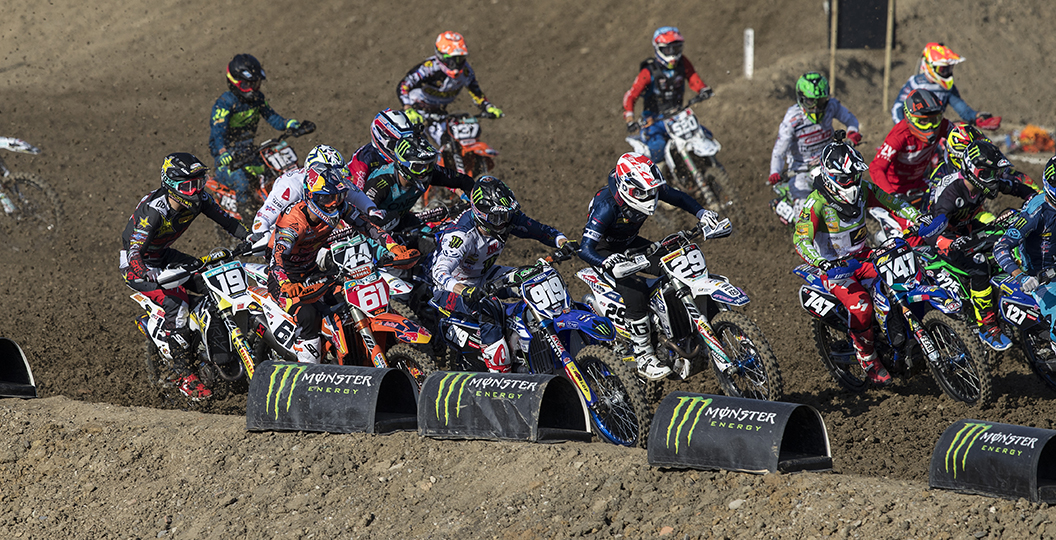 Before social media, fans had to wait until the pre-season internationals begun to see the Grand Prix riders in their new colours for the first time. Those days are long gone now though. A few guys have already shared photos of how they will look when the next term of the FIM Motocross World Championship fires into life, for instance, and those posts are below. This will become a regular feature on MX Vice through the off-season, so stay tuned for more.

Evgeny Bobryshev spent what felt like an eternity aboard the CRF450R but is now on his third manufacturer in as many years. Bobryshev will ride a Kawasaki now that the BOS squad are an officially-supported team and has already been putting the all-new KX450 through its paces. Bobryshev can be seen in green for the first time in the social-media clip below.

Davy Pootjes is not riding a KTM for the first time as a professional and is currently putting his Diga Procross bike through its paces. There are quite a few changes for him, as well as the different colour, because he will use Arai helmets, Scott goggles and O’Neal gear. This will mark the final part of his multi-year contract with the Austrian manufacturer.

Ivo Monticelli has made quite the upgrade ahead of the new season, as he will move over to the Standing Construct KTM team in 2019. Monticelli is familiar with the bike, as he spent an overwhelming majority of his MX2 career with the manufacturer, but has not piloted a 450 SX-F in anger yet. Monticelli will use Thor gear, 100% goggles and Alpinestars boots in 2019 too.

Harri Kullas may not spend too much time at an international level next year, as he’ll focus on the Maxxis British Championship with the Cab Screens Honda squad. Kullas has spent the last two years aboard a Husqvarna and was with KTM before that, so it has been a while since he was on a Japanese manufacturer in any part of the world. There are currently no plans to compete in MXGP.

Benoit Paturel is currently training with his new team, Gebben Van Venrooy Kawasaki, which is rather different to how he spent the previous off-season. The Frenchman was sat on the couch without a contract twelve months ago! Paturel will still wear Answer as the French importer, Bihr, have followed him to the Kawasaki outfit and are now a team sponsor.

Brent Van Doninck announced his deal for next year in an exclusive interview on MX Vice earlier this month and has now been pictured on a Assomotor Honda. It remains to be seen what gear the Italian team, who are focussing on MX2 for the first time, will use, because Van Doninck is wearing the Fly gear that he ran with 8Biano at the start of the season at the moment. It’s even complete with Husqvarna logos!