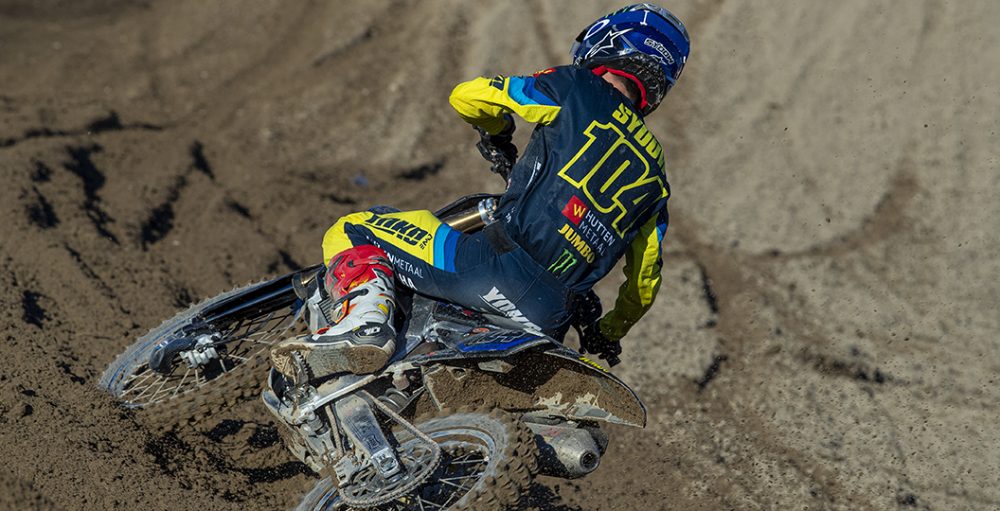 Before social media, fans had to wait for those pre-season internationals to see the Grand Prix riders in their new colours. Those days are long gone now, thankfully, as social media ensures that new looks are showcased within days of a deal being signed. A handful of riders have already shared images of their ride ahead of the 2022 FIM Motocross World Championship, for instance, and those posts are available just below this text. A regular feature on MX Vice, look for more sneak peeks in future ‘Social Spot’ posts.

When Ben Watson finally landed a Kawasaki deal for the 2022 FIM Motocross World Championship, few details were given. It has not even been confirmed that IceOne will be handling the Japanese effort yet! Footage of Watson in testing aboard a stock-looking Kawasaki confirms that he will be using a Just1 helmet, Just1 goggles and Just1 gear. The most noteworthy change there is the switch from Oakley goggles, a brand Watson has been loyal to for a decade. Expect Romain Febvre to be wearing Just1 gear as well.

The 2021 FIM Motocross World Championship was supposed to be a rebuilding year for Jeremy Sydow, but injuries stopped him from gaining any momentum. Sydow was still able to secure an MX2 seat for the new term, however, as Raths Motorsports have placed him on their KTM 250 SX-F. That’s the fourth manufacturer in four years for Sydow (Husqvarna, GASGAS, Yamaha and now KTM). An Alpinestars helmet, Scott goggles, Kini gear and Alpinestars boots will form his new look.

Davy Pootjes is going to start a new chapter in the 2022 FIM Motocross World Championship, as he will step into the MXGP class with JWR Honda Racing alongside Vsevolod Brylyakov and Miro Sihvonen. Pootjes will use a Shoei helmet, Leatt goggles, Raven gear and TCX boots as a part of his new deal. It is a fresh start across the board!

Seeing Eddie Wade in ‘green’ is a peculiar sight, seeing as he ridden a KTM for his entire career. Wade will race in EMX250 for 9MM Energy Drink Bud Racing Kawasaki and has already begun preparing aboard his new steed. The new deal means that he has adopted team sponsors like Seven gear, Scott goggles, Alpinestars boots and Suomy helmets. That’s an all-new look for Wade; he spent the last year using FLY gear, Oakley goggles and Sidi boots.