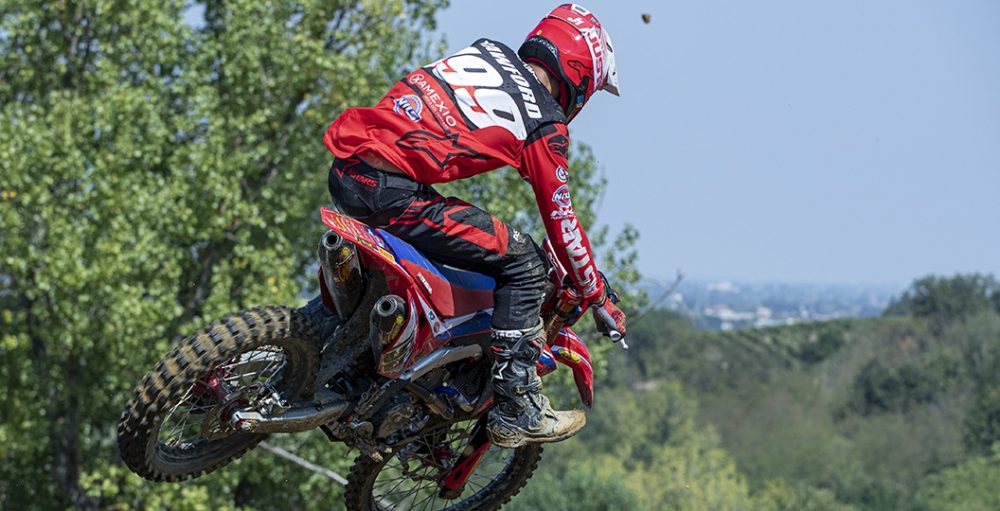 There is not a lot going on in the world of motocross currently, seeing as all of the off-season events have been cancelled. Fans can still get action of some kind from social media and steal a glance at riders in their new seats. It was not too long ago that everyone had to wait for the pre-season races to see a guy in a new set-up. How the times have changed! If you do not frequent social media, a handful of the latest posts are below.

Mattia Guadagnini was a rather surprising signing by the Red Bull KTM Factory Racing effort, but it does make sense that Claudio DeCarli would want to groom the next Italian contender. Guadagnini will now have Thor gear, an Airoh helmet and Sidi boots as those are team deals. Progrip will remain a personal sponsor – he used those goggles at Maddii Racing this year.

Benoit Paturel will remain on a CRF450R next year, just under a different awning. Paturel will slide across from JM Honda Racing to Honda SR Motoblouz. Paturel can bring his own helmet and goggle sponsors, but will have to use Kenny gear and Alpinestars boots. The biggest change, however, is that he has ditched his single digit for 16! The number that he will run next year is shown off below.

Cyril Genot gained a handful of new fans this year, as he attempted to limp into the top ten with a YZ250F that rarely made it to the finish line. It is all change for Genot now – he has moved to Sarholz KTM and will race in the premier category from now on. It seems as though he will stick with a 6D helmet, but that is it. FXR gear, Scott goggles and Alpinestars boots are included in his new programme.

Nathan Crawford will not return to Europe now, as he will settle back into domestic racing in Australia on a Serco Yamaha. There were rumours that he would move to the premier-class in Grands Prix, seeing as he is too old for MX2, but that is obviously not the case. Crawford has swapped Alpinestars gear for Answer and Just1 goggles for 100%.