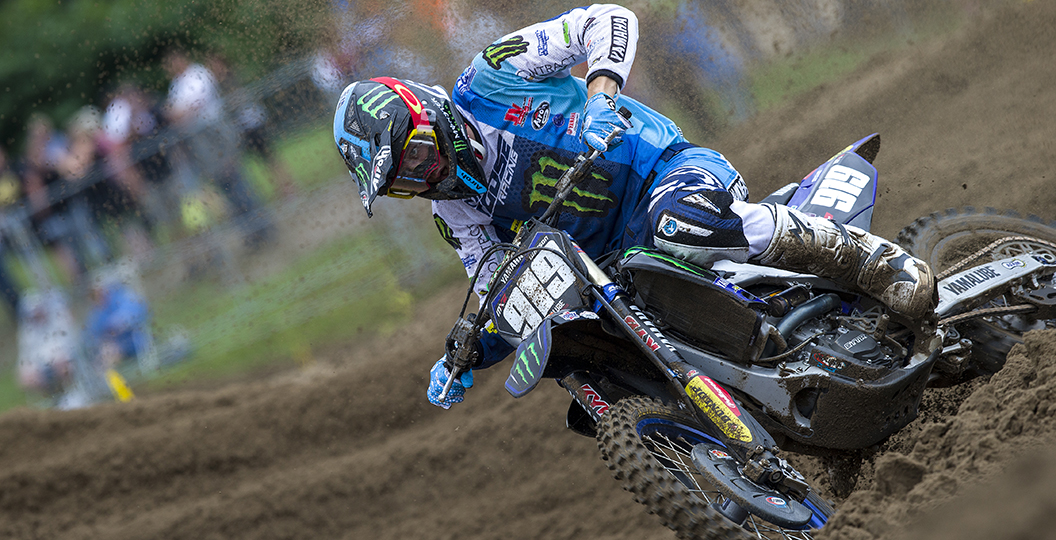 Before social media, fans had to wait until the pre-season internationals to see the Grand Prix riders in their new colours. Those days are long gone now though. A handful of riders have already shared images of how they will look when the next term of the FIM Motocross World Championship fires into life, for instance, and those posts are below. There are some major changes and then some smaller ones as well!

Thomas Covington is now back in Europe and attempting to prepare for his premier-class debut in the 2020 FIM Motocross World Championship. This is the first shot of his complete set-up for that campaign, and there are a few points of note. Moose have moved over to the Gebben squad after losing the Kemea duo in MX2 (more below) and it seems as though Covington has a personal helmet deal with Monster Energy. It was initially thought that deal would spread to the entire team, but clearly not.

Evgeny Bobryshev has been missing in action for so long now that it almost seems odd to picture him back behind the starting line in MXGP. Bobryshev has only just recovered from those injuries that effectively made him miss the whole of the 2019 FIM Motocross World Championship. This will mark the first time that Bobryshev has raced Austrian machinery at a professional level – the same goes for using FLY Racing gear and Bell helmets.

Ben Watson won’t use Moose kit or Airoh helmets in the 2020 FIM Motocross World Championship, as Troy Lee Designs have signed on to support the Monster Energy Yamaha Factory MX2 outfit. It’ll be interesting to see TLD enter the European scene at such a high level, as they have only really dabbled with smaller teams like Hitachi KTM fuelled by Milwaukee and Bud Racing Kawasaki in the past. Speaking of Hitachi KTM, those riders will be in Seven gear next year.

Gear companies are actually at the centre of silly season in the Grand Prix paddock. Not only are there the moves mentioned above but Thor have also taken over from Answer as a sponsor of Claudio De Carli’s portion of the Red Bull KTM Factory Racing outfit. This is actually a pretty big move – they took their support from Monster Energy KRT and therefore both Romain Febvre and Clement Desalle will use Alpinestars gear in the 2020 FIM Motocross World Championship.

It is rare for a Grand Prix rider to change their number. Seeing as there is no real system in place like there is an America, a rider can pick a number as a rookie and then stick with it for the duration of their career. Romain Febvre had done that with #461 but will make a change ahead of the new season, as he has moved to the number three. The Eli Tomac jokes have been rolling around and will only intensify once most realise he will also use Alpinestars gear about his KRT steed.