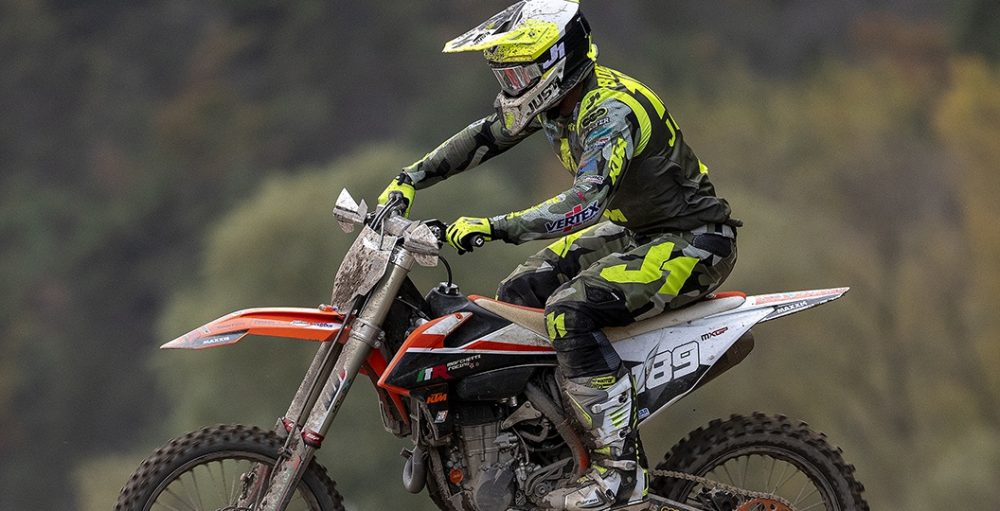 It’s just amazing that Glenn Coldenhoff is back on a bike. Who would have thought? That horrific Lommel crash, where he lost feeling in his arms, was just five weeks ago. Coldenhoff is having his first ride on a YZ450F today, so this is a first look at his complete set-up. The switch to Alpinestars gear has been made, as that’s a team deal, but he was already in Alpinestars gear and boots.

Pauls Jonass is actually making some major changes ahead of the 2021 FIM Motocross World Championship, aside from the move to GASGAS machinery. Jonass has a completely new set-up with Thor gear, an Alpinestars helmet, Alpinestars helmet and 100% goggles. The previous look was Yoko gear, a Bell helmet, Gaerne boots and Scott goggles.

Brian Bogers has returned to factory machinery, with Standing Construct GASGAS Factory Racing, now and that comes with an all-new set-up, much like his new teammate above. Thor gear, an Alpinestars helmet, Alpinestars boots and 100% goggles will make up his look in the 2021 FIM Motocross World Championship. Bogers used Just1 gear, a Just1 helmet, Just1 goggles and Forma boots this year.

Kay De Wolf will step up to the MX2 class with Rockstar Energy Husqvarna Factory Racing next year, so his look will not actually change. The number that he was using, 14, is already locked in by Jed Beaton though. It seems as though he will switch to 74 for his MX2 debut though, if this shot is anything to go by.