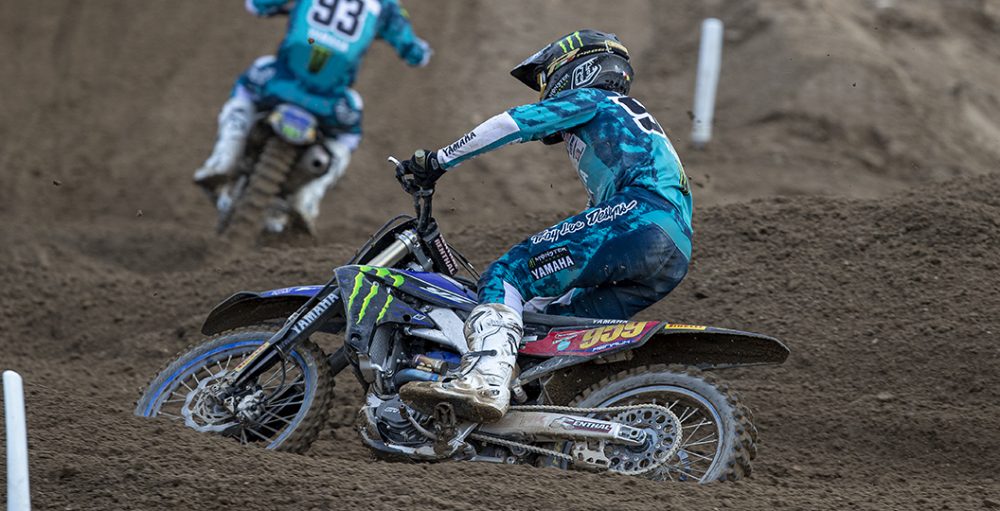 Before social media, fans had to wait for those pre-season internationals to see the Grand Prix riders in their new colours. Those days are long gone now, thankfully, as social media ensures that new looks are showcased within days of a deal being signed. A handful of riders have already shared images of their ride ahead of the 2022 FIM Motocross World Championship, for instance, and those posts are available just below this text. A regular feature on MX Vice, look for more sneak peeks in future ‘Social Spot’ posts.

Although Isak Gifting is still riding an Austrian bike, it’s all change. Joining the Hitachi KTM fuelled by Milwaukee teams means that his look has changed from top to bottom. Gifting uses the revolutionary FLY Racing Formula helmet now, as well as FLY Racing gear and Alpinestars boots. The only thing that’s stayed the same is the fact that he’s wearing Oakley goggles. Gifting will sit alongside Conrad Mewse and potentially a 450F guy in the 2022 FIM Motocross World Championship.

Beaton has returned to the F&H Kawasaki Racing Team ahead of his 450F debut. Beaton last represented that team in the 2018 FIM Motocross World Championship, as an MX2 guy, and some team sponsors have remained the same, despite the three-year hiatus. Beaton will jump back into Leatt gear, but use the Leatt boots for the first time. Arai helmets and 100% goggles will also be included in his programme. All of the above are team sponsors – F&H do all of the clothing deals for their riders.

Roan van de Moosdijk has jumped from the F&H Kawasaki Racing Team to Rockstar Energy Husqvarna Factory Racing MX2 ahead of the 2022 FIM Motocross World Championship, which means that he is running different gear from head to toe. The Husqvarna MX2 squad includes team deals like Bell helmets, Fox goggles, Fox gear and Fox boots. Those sponsors will return for the third season in succession, which is not surprising at all. Roan has been riding the FC 250 regularly.