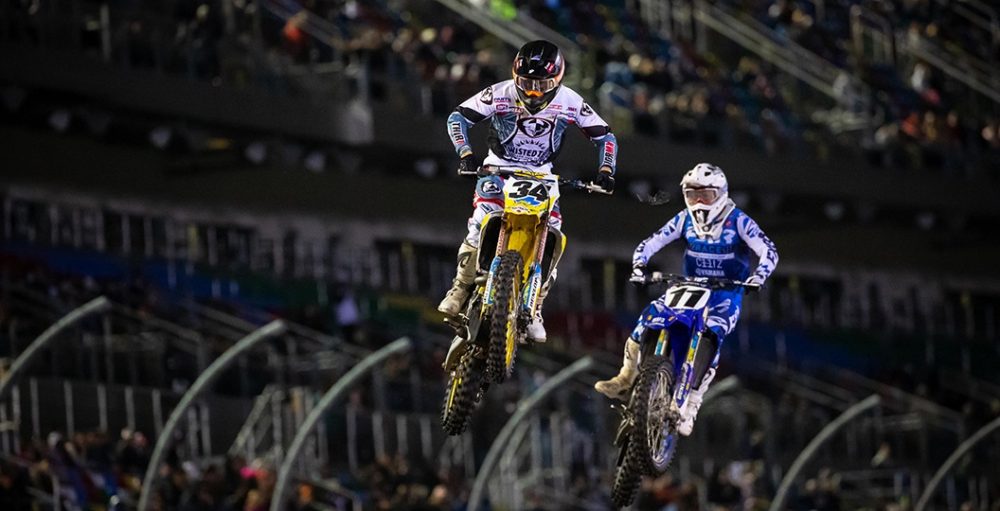 It’s the day following round nine of 2021 Monster Energy Supercross, which means that riders are flocking to social media to explain what happened at Daytona. This quote from Max Anstie, who finished fourteenth in the 450SX main, was particularly interesting. Anstie sheds some light on just how much of an adjustment it is going across the Atlantic (no matter what way) with an honest assessment.

“From the moment I arrived at Daytona I felt like I was Lightning McQueen in the Piston cup! Swipe left to the end to get an idea. It’s always been a dream to race Daytona Supercross with the best guys in the world! The team and I made progress all day and we learnt a lot. I rode my laps in the main event and came away with a fourteenth. I’m looking forward to heading to Texas next week. Let’s just say I can understand now when the Americans go to Europe and they struggle… Sitting on the start line for this race felt so alien and “not normal” everything about the whole day and track conditions were for lack of a better word… GNARLY. I’m loving it though.”

Although Anstie had previously raced Monster Energy Supercross in 2010, he was in 250SX West. This is the first time that he has actually raced on the soft east coast tracks. Anstie has made all of the main events since returning from injury – an eighteenth at Orlando 2 was bettered at Daytona.