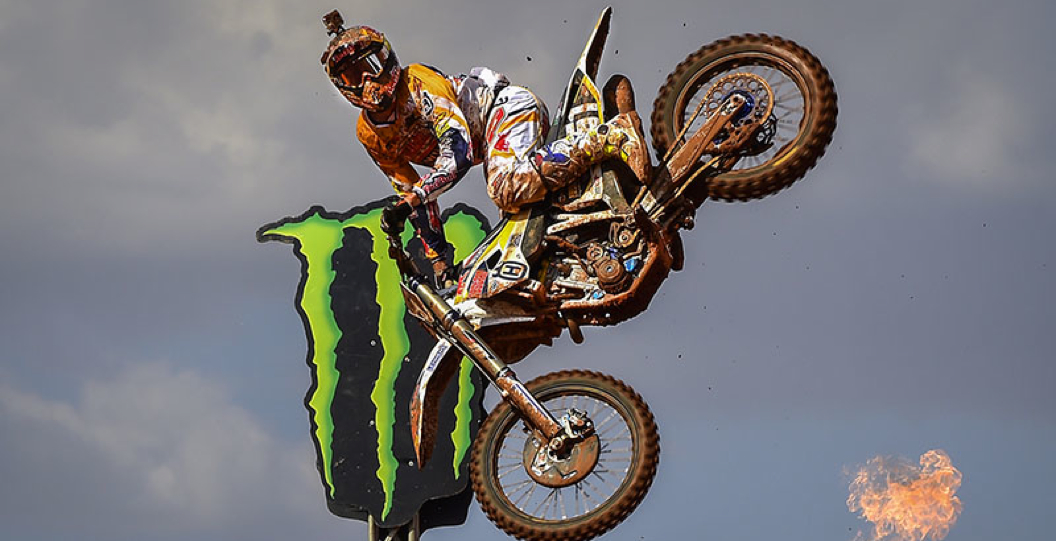 TRINDADE (Brazil), 06 September 2014 – The grippy yet deceivingly slick and delicate circuit here in Trindade is rounding out what has been an awesome season so far with a new and fresh vibe.

With an all-new venue, brand new track and a unique red colored soil, which the championship has not yet seen this year, round sixteen of the FIM Motocross World Championship got off to a pretty interesting start and is also proud to host the first race ever on this particular circuit. It was announced earlier today by Carlinhos Romagnolli, President of Romagnolli Promotions and Events and organizer of MXGP of Goias, that the track of Trindade will remain as a permanent motocross training and racing facility.

While the temperatures soared, tipping the gauges at around thirty degrees Celsius and cooking the bright red dirt all day long, the water which was put on the track right before each qualifying race made the opening laps a little tricky but soon dried to perfection and was all taken in the strides of Team HRC’s Max Nagl and Wilvo Nestaan Husqvarna Factory Racing’s Romain Febvre as they both head intotomorrow on pole.

Silky smooth was the name of the game, and Team HRC’s Max Nagl had it dialled. When the gates dropped for the qualifying heat race, the number 12 HRC Honda took a stellar holeshot and completely checked out for his third qualifying heat victory of the season.

Meanwhile Yamaha Factory Racing’s Jeremy Van Horebeek was running a cool second, resisting the early charge from Monster Energy Kawasaki Racing Team’s Gautier Paulin before having a yard sale through the waves. With Van Horebeek going down hard, which resulted in him retiring with a suspected broken ankle, Paulin moved up into, and finished second for second pick of the gate tomorrow.

Also profiting from Van Horebeek’s error, TM Ricci Racing’s Davide Guarneri took over third before coming under attack from Rockstar Energy Suzuki World’s Kevin Strijbos, who was also bearing the brunt of Hitachi Construction Machinery UK KTM’s Shaun Simpson. While Strijbos, who was fastest out on track in free practice this morning, was riding smooth in fourth, Simpson was picking up momentum, and fast, pinning it through the waves to take over fourth before putting a text book pass around the inside of Guarneri less than one lap later for third.

With Simpson interrupting the rhythm of Guarneri, Strijbos was the next to go through keeping fourth place in his grasp, while Guarneri was having a really rough time on the last couple of laps with CLS Kawasaki Monster Energy’s Tommy Searle and Red Bull IceOne Husqvarna Factory Racing’s Dean Ferris also barging past to finish fifth and sixth respectively.

As for Red Bull KTM Factory Racing’s Antonio Cairoli, who will more than likely be crowned FIM Motocross World Champion tomorrow for the eighth time, the Italian legend was said to have had a problem with his goggles which caused him to only finish tenth.

While Febvre wasted no time in moving forward, the surprise of the race was the performance of Lieber, who was looking extremely comfortable onboard his all-new Standing Construct KTM 250 SX-F as one of only a couple riders to clear the enormous stair case style jump in the middle of the circuit.

As Lieber, who was also the early race leader before falling victim to Febvre, stood firm in his case for second, an epic battle for third between Butron and Wilvo Nestaan Husqvarna Factory Racing’s Aleksandr Tonkov broke out. While the Spaniard Butron and Russian Tonkov bickered for third, it allowed the likes of Rockstar Energy Suzuki Europe’s duo of Jeremy Seewer and Glenn Coldenhoff, as well as CLS Kawasaki Monster Energy’s duo of Dylan Ferrandis and Arnaud Tonus to close up.

With Butron continuing to ride a wide line, answering all the questions thrown at him for third, a small error with three laps to go saw Tonkov jump right by. Although Butron was not finished in his fight for third, a tap from Ferrandis in a mushy turn before the biggest double on the circuit put the Spaniard on the ground.

With Butron being forced off the radar, Ferrandis put in a solid ride back from tenth to finish up in fourth, while the kid solely flying the flag for Holland, due to the absence of the championship leader Red Bull KTM Factory Racing’s Jeffrey Herlings, rounded out the top five in fifth.

In other interesting news, the second of Red Bull KTM Factory Racing’s MX2 title contenders, Jordi Tixier, landed in deep mud off of a big jump and was thrown over the handle-bars yet still managed to recover for eleventh, while Rockstar Energy Suzuki Europe’s Jeremy Seewer also dropped it and was forced back to seventh. It was also said Honda Gariboldi’s Tim Gajser had a massive crash on the opening lap which shook him up a bit but he is OK and will be racing tomorrow.