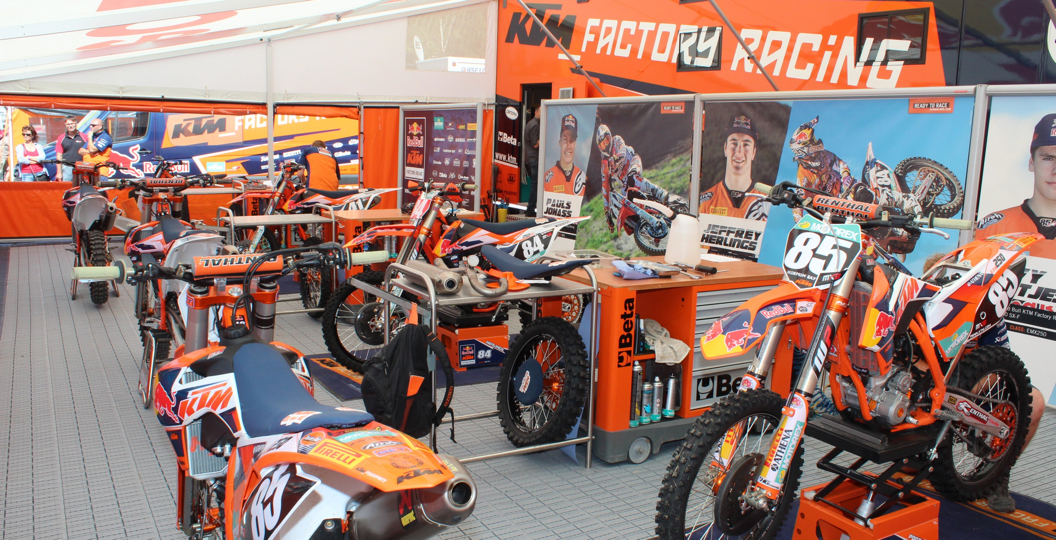 Five times World Champion Joel Smets of Belgium has been appointed KTM Motocross Factory Racing Sports Director, Pit Beirer, KTM Motorsport Director has announced. It is a welcome return to the KTM International Family for Smets whose name is firmly anchored among the finest in the sport.

Pit Beirer: “I’m pleased and proud that we have been able to bring a personality like Joel into this new position. I’m confident that he is going to lead our riders onto even greater things. Joel’s experience and his career achievements speak for themselves, and clearly he’s also a strong role model for both our senior and junior factory riders.”

Although Smets came into the sport of Motocross relatively late at the age of 17, he took his first world title in 1995 and won again in 1997 and 1998. His fourth and fifth titles were while he rode for KTM in 2000 and 2003. Smets started in 168 GPs during his career, and with 57 GP victories, he established himself as one of the sport’s greatest riders. Smets was also six-times Belgian National Champion and was Belgian Sportsman of the Year in 2000.

Smets joins KTM to fill this newly created position within the factory team structure and both Red Bull KTM Factory Racing Team Managers, Claudio de Carli (MXGP) and Dirk Gruebel (MX2) welcome him onboard. He will be in charge of overseeing general planning, and will coordinate and facilitate training schedules to the best advantage. Smets will also be head of the race workshop in Belgium.

The MXGP, MX2 and KTM Factory Junior teams will now share two comprehensive base camp facilities, one in Belgium and a second near Rome. The two locations will allow them to take best advantage of prevailing weather conditions, and to work out of two top class facilities.

The Austrian workshop at KTM Factory Racing headquarters, the exclusive location where all factory bikes and engines are built, remains the hub for the company’s worldwide factory racing activities, Beirer confirmed. “This new setup, along with Joel’s appointment, guarantee we have the very best of everything in Italy, Austria and Belgium. With this strong management structure and excellent facilities we will always be READY TO RACE!”