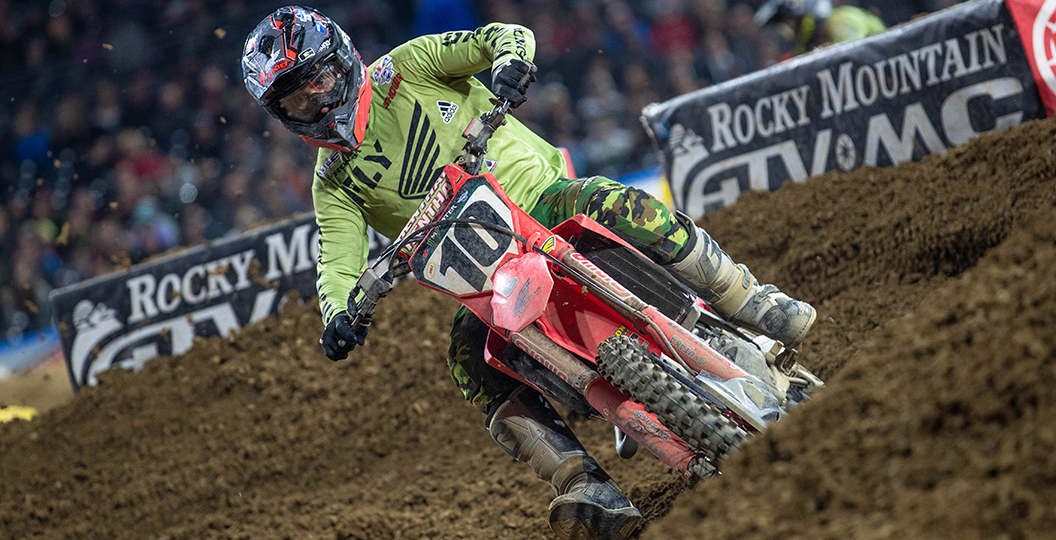 There was some confusion surrounding Jason Anderson and the reason he finished fourteenth in the premier-class main at the sixth round of 2020 Monster Energy Supercross, San Diego, but the following video confirms why he dropped outside of the top five for the first time this season. There was an incident with Justin Brayton that caused him to hit the ground, then he could only salvage a fourteenth. Brayton went on to finish seventh in the main.

Anderson now runs sixth in the championship standings, twenty-five points down on the current series leader. Brayton is ninth in the standings and just sixteen points behind Anderson. The seventh round of the series will be run in Tampa, Florida, this weekend.

well somehow this video popped up. Shit happens . I started it JB finished it. No hard feelings and looking forward to good racing ? Rubbins racin