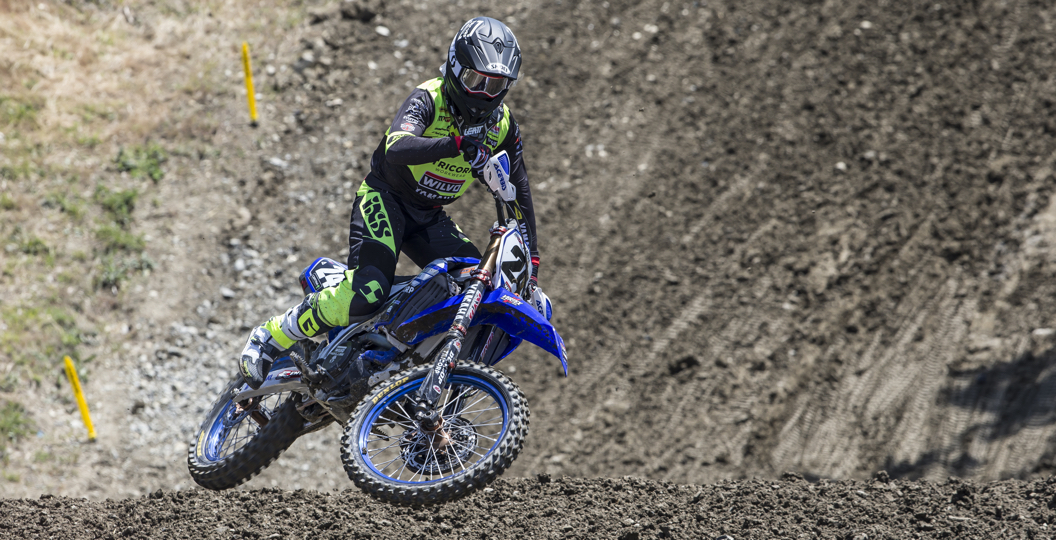 Unsurprisingly, Shaun Simpson will not be racing at the Grand Prix of Germany this weekend. A statement from Yamaha confirmed that Simpson, who fractured three ribs and chipped his Ilium at the Grand Prix of Russia, is still recovering on the sidelines, but is expected to return for his home event on the first weekend in June.

The Wilvo Yamaha MXGP squad have announced that Shaun Simpson will actually miss the Grand Prix of Latvia. “Following his crash in Russia, Shaun Simpson will not be racing in Latvia this weekend,” the statement said. “We hope to see him back on track at Teutschenthal!” A separate statement from Yamaha confirmed that he sustained “three fractured ribs and a chipped Ilium” at the previous event.

Shaun Simpson has elected to withdraw from the Grand Prix of Russia, a statement has confirmed, as the pain following his crash yesterday is greater than expected. “Shaun Simpson tried to ride warm-up this morning, but will not race today with his hip causing more pain and discomfort than expected,” Yamaha confirmed. “An update on whether he will be at the next round of MXGP in Latvia will be posted early next week.“

Those watching the qualifying races from Russia would have noticed that Shaun Simpson, of the Wilvo Yamaha MXGP squad, crashed out in the section following pit lane and was down for a considerable amount of time. Yamaha have now confirmed that no broken bones were sustained in the fall.

“Shaun Simpson had a huge crash from twelfth place, but has been cleared of all broken bones and walked back to his pit-box despite feeling like he is 204 years old,” a statement on the Yamaha Racing social media account said. “He will make a decision to race or not tomorrow morning.”

Shaun Simpson has had a tricky month, as he was left battered and bruised following a crash at the Grand Prix of Trentino and then encountered some complications. This post will be updated with more on his status tomorrow morning.