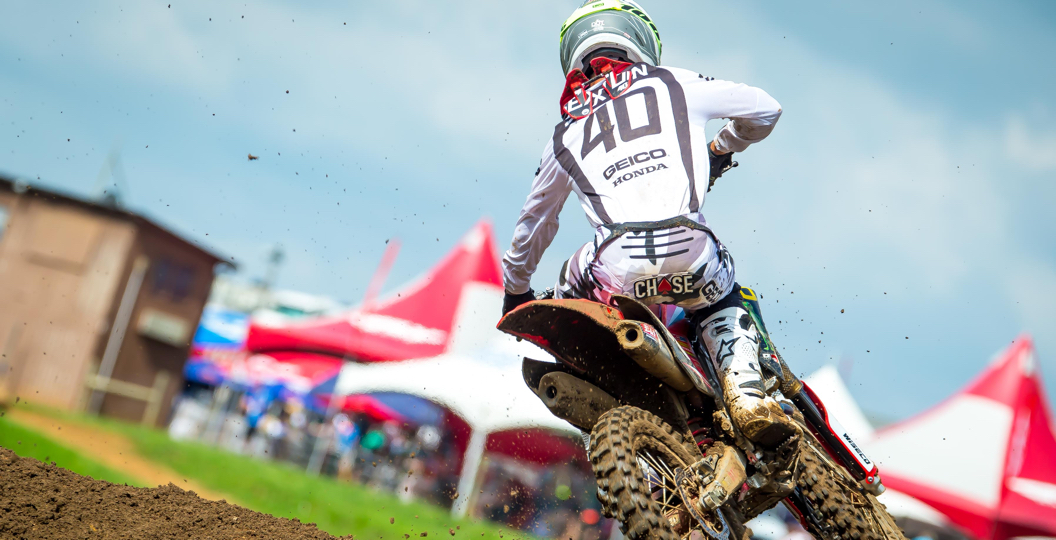 GEICO Honda announced earlier today that Chase Sexton has signed a deal that will see him remain beneath the awning until it is time for him to move up to the bigger bike. It is not known when that will be exactly, of course, not that it has an impact on the deal.

“Excited to announce that I will be with the @FCHonda team throughout my entire 250 career,” Chase Sexton wrote on social media. “I could not ask for a better family to be a part of and I’m excited to contend for championships with them. Let’s do this boys!”

“Excited to announce we have signed @ChaseSexton for the remainder of his 250 career,” GEICO Honda said in a statement. “Chase has made great progress and clearly has a very bright future. We couldn’t be happier to keep him part of the GEICO Honda family for the coming years!”

Chase Sexton landed on the podium for the first time at a round of Lucas Oil Pro Motocross just last weekend and now sits ninth in the championship standings.