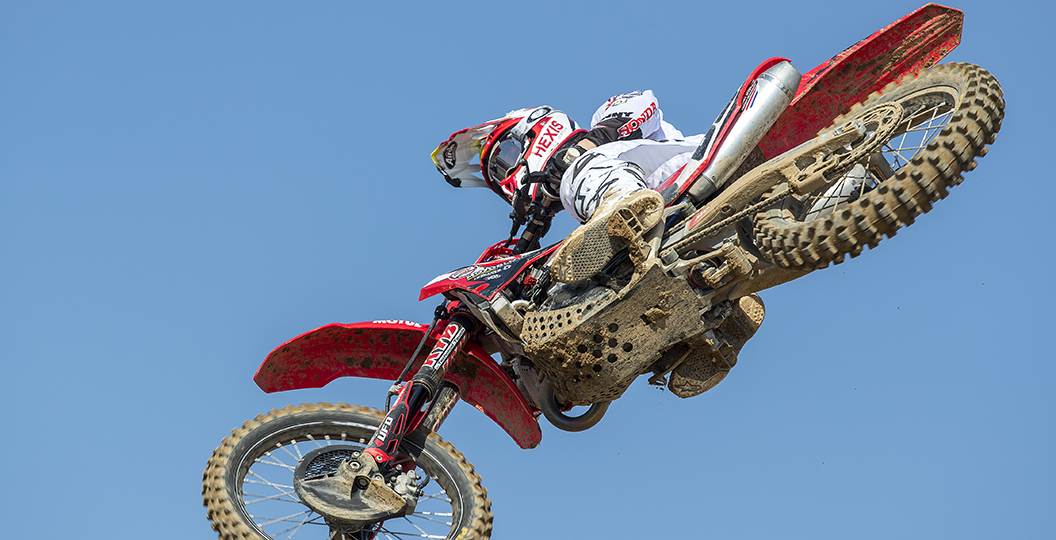 Jeremy Van Horebeek has re-signed with Honda SR Motoblouz ahead of the 2020 FIM Motocross World Championship. The French outfit was effectively built around Van Horebeek at the start of the year and has gone from strength-to-strength as the year has progressed. The new signing was confirmed via social media earlier this week.

“It’s been done for some time now: Jeremy Van Horebeek renews with us for 2020! The race programme will be the CFS with Le Touquet, but also the MXGP! Why not some elite races? Wait and see!”

The team started off as a true privateer structure but received additional support from Honda as the year progressed. Honda helped Van Horebeek – a two-time Grand Prix winner – with some ECU settings and whatnot in the summer. Van Horebeek finished eighth in the 2019 FIM Motocross World Championship and led Team Belgium to second overall at the 2019 Motocross of Nations.