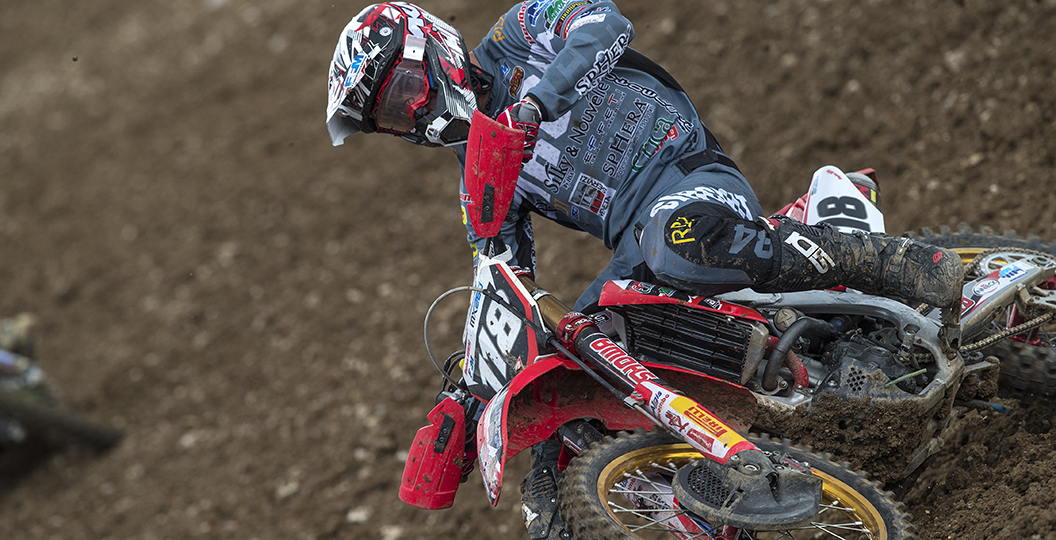 The Assomotor Honda team have finally started to confirm their plans for the upcoming 2020 FIM Motocross World Championship. Stephen Rubini – runner-up in the EMX250 class this season with four moto wins to his name – will stay with the Italian outfit but step into the MX2 class on a full-time basis. The news was announced via Rubini’s personal social-media accounts.

“I can let you know guys that I will continue to ride with @Assomotor_Team in MX2 world championship in 2020.”

This is not going to be Stephen Rubini’s first stint in the MX2 division, as he previously competed in the class with Monster Energy Kawasaki MX2 in 2017 and then Silver Action KTM in 2018. A deal did not present itself ahead of the previous term, hence why he dropped down into the EMX250 category. Rubini secured a career-best finish of seventh overall in MX2 at the Grand Prix of Russia in 2018.