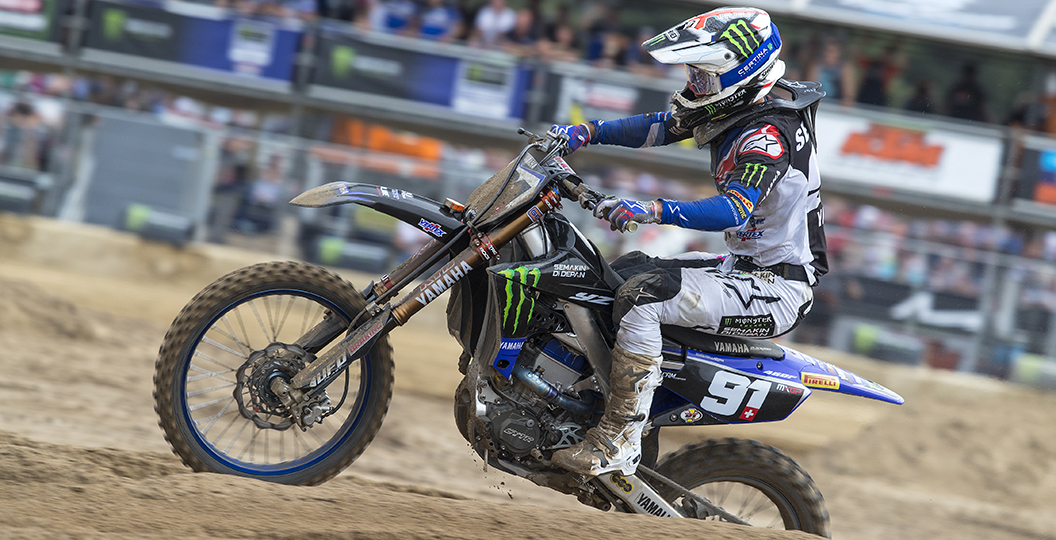 It was announced moments ago that Monster Energy Wilvo Yamaha MXGP will become Yamaha’s full-factory team in the premier class in the FIM Motocross World Championship from 2020 onwards. The news can be found elsewhere on MX Vice. Who will ride for the new-look factory team? Gautier Paulin, Arnaud Tonus and Jeremy Seewer will ride for the team that will now be known as Monster Energy Yamaha Factory MXGP.

Paulin and Tonus will continue to be surrounded by the same group of people who backed them this year, so there is not too much of a difference there. Seewer, on the other hand, is set to move back across to the Wilvo outfit that he rode for during his rookie season in the premier class. There were plenty of rumours about him joining the Honda HRC squad, but he will stay in blue for the third term in succession.

Seewer is currently second in the premier class in the 2019 FIM Motocross World Championship and looks good to clinch the position, as he is thirty-seven points ahead of his future teammate, Gautier Paulin, in third.

There will be more on this on MX Vice soon.