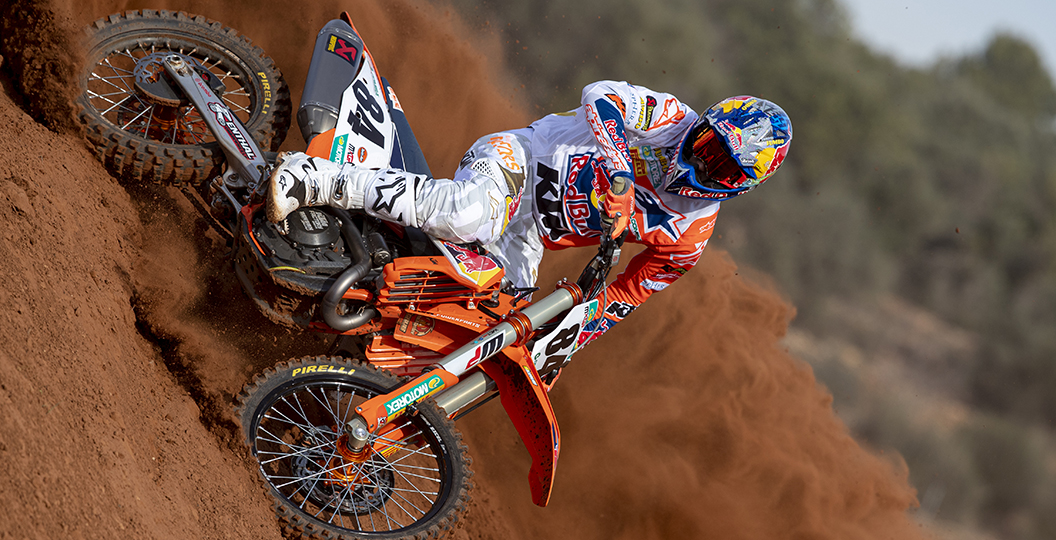 In an unexpected turn of events, Jeffrey Herlings has just announced that he has signed an extension with the Red Bull KTM Factory Racing squad until the end of 2023. That means that he will race for another four seasons (including the one that starts tomorrow) at least. It is extremely likely that he’ll retire at the end of that 2023 season. Herlings announced the news via the following social-media statement.

“I am super happy to announce that I extended my contract with Red Bull and KTM from 2021 until 2023. We have been through thick and thin, we won and we have lost together, it’s been an incredible 12 years together already since 2009 and hopefully many more beautiful years to come with wins and joys in this orange family. Thanks for always having the trust in me and beyond.”

Herlings has raced for Red Bull KTM Factory Racing his entire professional career. In that time he has picked up four world titles and eighty-six Grand Prix wins.