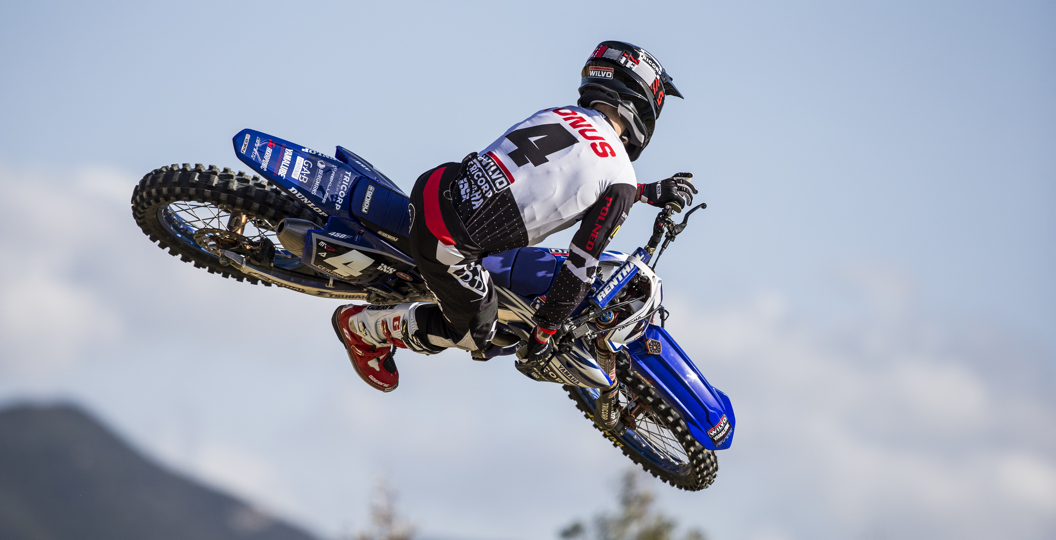 Another one bites the dust. Arnaud Tonus sustained a shoulder injury at LaCapelle Marival yesterday, the Wilvo Yamaha MXGP squad have confirmed, and his status for the Grand Prix of Patagonia-Argentina has now been called into question.

Exact details are sparse at this time, but he will undergo further examinations this week and then more will be known. This is the second hit that Tonus has encountered this off-season, unfortunately, as he missed the first race of the year in Italy with a minor injury. Whilst Tonus remains in limbo, the Wilvo Yamaha MXGP squad are on track with Shaun Simpson and Jeremy Seewer. Simpson finished fourth at LaCapelle Marival yesterday, but was right in the mix for a spot on the podium, and then Seewer made more steps forward whilst en route to sixth overall.

An additional update on Arnaud Tonus will be provided in due course. Stay tuned to MX Vice for more on the former Grand Prix winner.