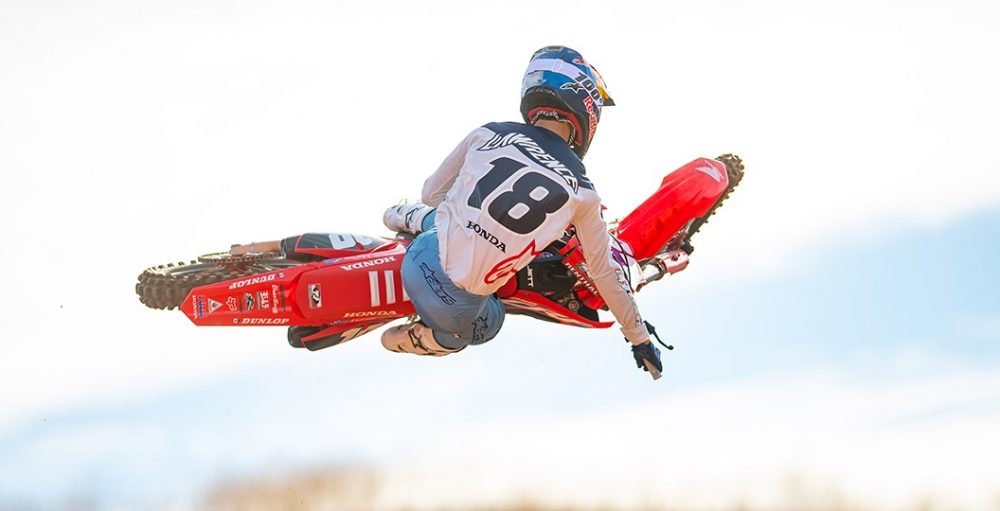 Honda HRC’s team for the 2021 Monster Energy Supercross season has been unveiled, as have the photos from their pre-season photo shoot. Those can be viewed below! Chase Sexton picked up a Monster Energy deal earlier this week, so these are some of the first shots of him in his new lid. Jett Lawrence obviously has the new Red Bull deal as well. Additionally, this is the first time that Hunter Lawrence has been seen on his HRC ride.