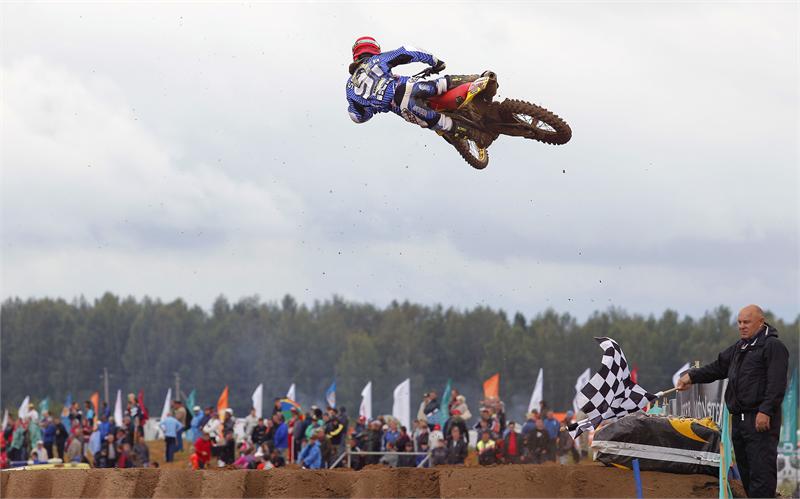 The Grand Prix of Russia and the 11th round of the FIM Motocross World Championship saw Rockstar Energy Suzuki Europe depending on the young talents of Jeremy Seewer on the RM-Z250 as Semigorje also entertained the third event of seven in the fast-paced GP feeder series; European EMX2.

Across a sandy and jumpy terrain, Seewer had to deal with two contrasting set of weather and track conditions as the rain lashed down on Saturday and then the mud dried significantly with sunshine on Sunday. The Swiss – who was competing in Russia thanks to the assistance of sponsor Swiss Techno Montage – had the speed to consider a podium slot at Semigorje but was struck with misfortune as a crash in both motos consigned him to eighth and 14th for ninth overall. Seewer still holds fourth in the EMX2 standings with four rounds, eight motos and 200 points left for grabs.

Meanwhile in Italy Brian Hsu was able to celebrate success in a Supercross event at Udine to continue his successful preparations for the MXGP Festival at Matterley Basin and the British Grand Prix on August 18-19th, and then the FIM Junior World Championship a week later.

Grand Prix riders Harri Kullas and Petar Petrov are dealing with their own respective rehab and recovery programmes; The Finn from a knee reconstruction that will keep him off the bike until the autumn, while Petrov is likely to undergo shoulder surgery to fix the injury that ruled him out of action in Latvia and Russia.

“I didn’t have a good start yesterday and in the beginning I wasn’t riding well and a crash wasn’t a surprise. After that though I went from 15th to eighth and I was pleased with how I rode, but the result is not what I want. I made a better start today, top four, and was quick in the beginning but on the third lap I hit a kicker on the jump and went over the bars. Another crash completed a pretty bad day where a top-five should have been possible here.”