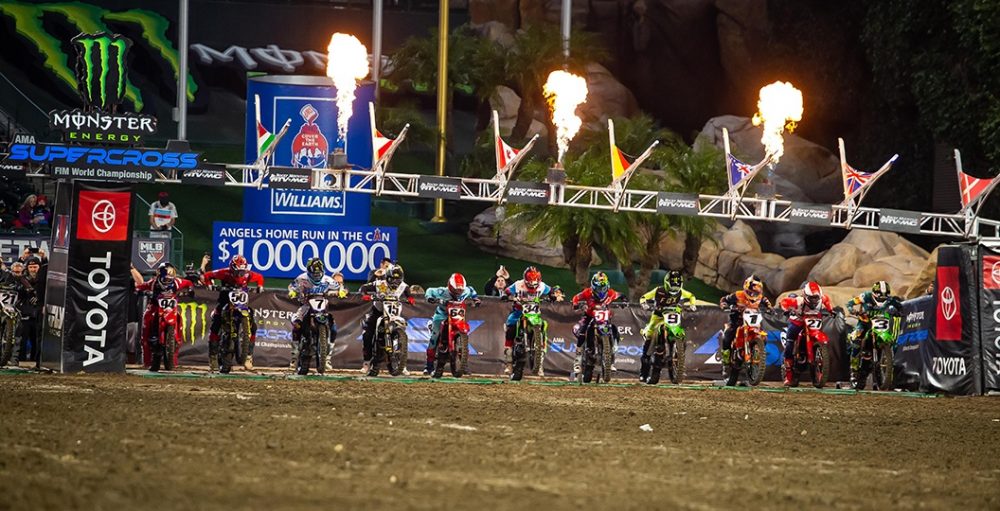 Feld Entertainment, Inc., today announced the complete schedule for the upcoming 2021 Monster Energy AMA Supercross, an FIM World Championship, season. The three rounds originally scheduled for Glendale, Ariz. were removed from the schedule and the series will now split those races between Orlando, Fla., and Salt Lake City.

State Farm Stadium in Glendale is a tremendous partner and the Arizona fans have strongly supported Supercross since 1999 but current attendance restrictions and local health mandates have created a difficult environment in which to plan this far in advance. We hope to return to Glendale in 2022.