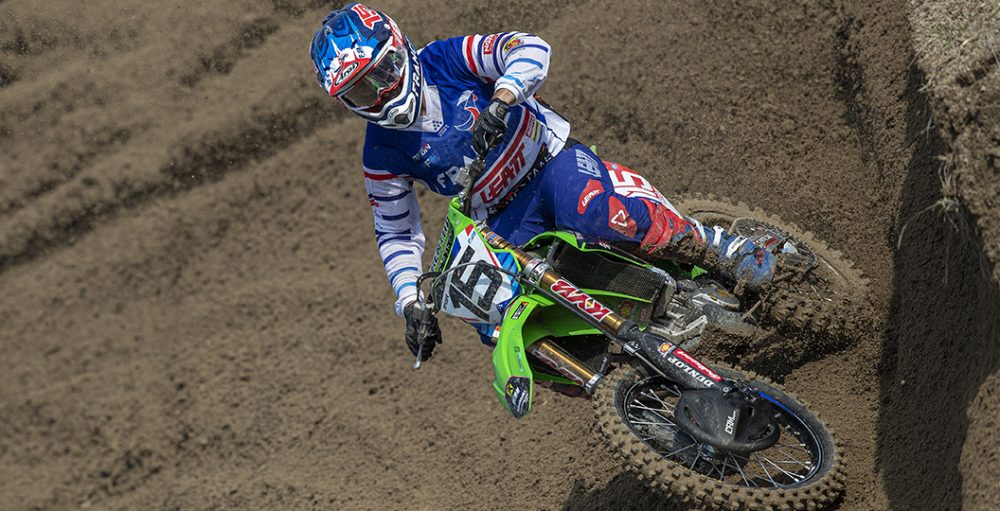 The 2021 Motocross of Nations has begun at the compact track of Mantova in Italy. There was a lot of talk in the weeks prior to this event: Team USA withdrew from the race and many leading riders opted to watch from the sidelines rather than compete in anger. It is quite a surprise that there is some excitement in the paddock, because of that. There is anticipation in the air.

This feels like a Motocross of Nations, even though there are not many fans (thought to be limited to 5000) and the depth is lacking in each individual class. There was some intriguing action in each heat though; Ben Watson led for so much of the MXGP qualifying heat, Conrad Mewse came alive in MX2 and Jeffrey Herlings had to fight from the very back in the Open category. There was a lot going on, even though the results do not tell that story. The heat winners (Antonio Cairoli, Tom Vialle and Herlings) were expected to win.

Time is moving very quickly here at Mantova, but here are some quick notes and thoughts from day one at the 2021 Motocross of Nations.

“We want to be on the podium, that is the goal,” Cairoli stated in the post-qualifying press conference. “I was not feeling so well but it is enough to ride good. I hope to have a better feeling tomorrow; I think tomorrow will be a difficult race and especially the second heat. I feel a little bit stiff now, even today in the qualifying race the pain was there. This race is important but also the world championship is still important to me. I was really happy that I could race here. This comeback was difficult but it was necessary, so I am really looking forward to tomorrow.”

It was not too much of a shock to see Watson take the holeshot in the MXGP heat. The sixteenth gate pick was not ideal for Team Great Britain, but it was much better than The Netherlands (twenty-ninth) and Italy (twenty-eighth). The only factory bike to the inside of Watson was the FC 450 of Thomas Kjer Olsen, but he has rarely started inside of the top ten this term. Watson has been consistent out of the gate. Heck, he was second out of turn in Sardinia just last weekend!

This is the best way to demonstrate just how good Mewse was. Unbelievably, he set the fastest lap of the race on four consecutive laps. The bar kept on getting raised in what was a battle with himself! The lap times that the top three riders posted on those laps can be viewed below.