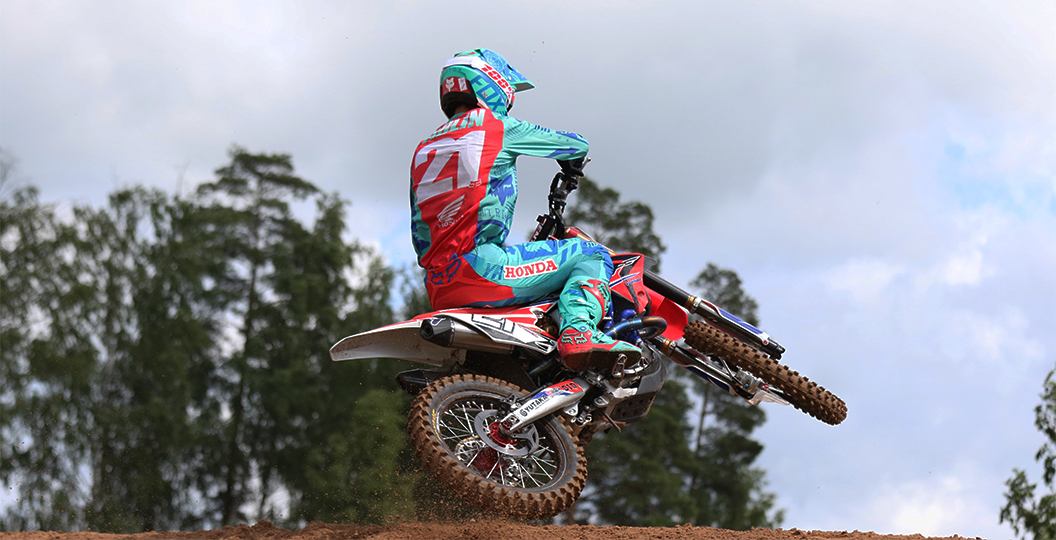 Most were seeing red in Latvia today, as the HRC trio of Gautier Paulin, Evgeny Bobryshev and Tim Gajser dominated for much of the day. However, the Japanese manufacturer didn’t have it all their own way; Max Anstie took a clear win in the MX2 qualifier after leading from start to finish.