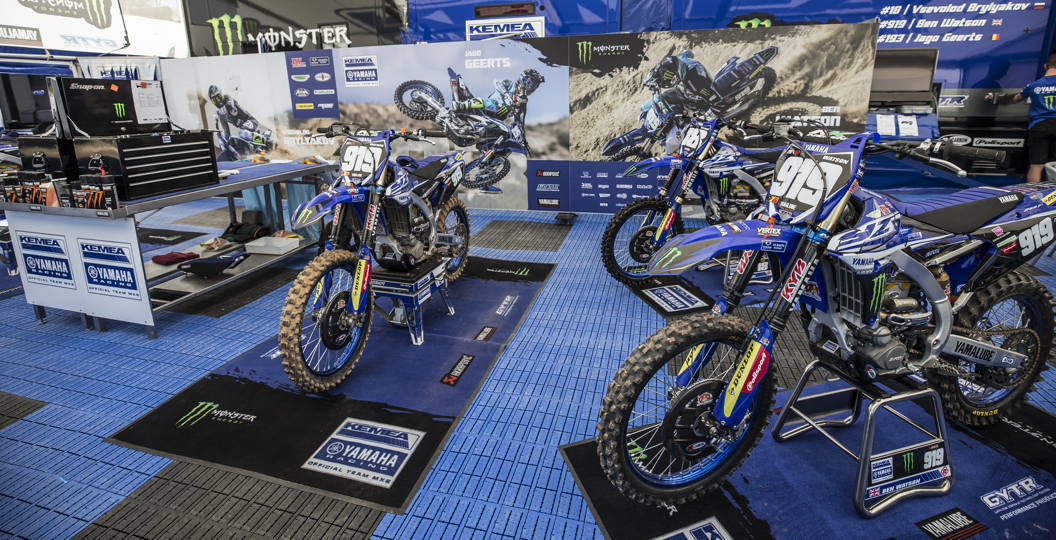 Rodriguez to fill in at Yamaha

Yamaha Motor Europe is pleased to announce that Anthony Rodriguez has been drafted in to temporarily replace the injured Vsevolod Brylyakov on the Kemea Yamaha Official MX2 Team until Brylyakov is ready to return.

After landing in Amsterdam, The Netherlands, on Sunday 13 May, the 22-year-old -who originates from Venuzuela but has been based in the United States of America since 2009 – will race at the MX2 Grand Prix of Germany, round eight of the FIM Motocross World Championship, this weekend, May 20.

Fresh off of the East Coast Supercross season, in which he finished ninth overall in the 250cc class with his best race finish being a fifth-place in Minneapolis, the MXGP of Germany will be the first time Rodriguez lines up for an outdoor motocross race this year.

Last year, he made his MX2 debut when he contested two rounds of the 2017 FIM MX2 World Championship – the MXGP of Lombardia, Italy and the MXGP of Portugal – where his best result was a solid eighth place finish at Portuguese Grand Prix in Agueda.

Anthony Rodriguez: “I can’t tell you how excited I am to have the chance to race the MX2 World Championship with the Kemea Yamaha team. Every time I ride I give 100% so my goal is to keep doing that and keep getting better every day that I ride. I tested the bike today, and I have to say I like it a lot. I find that the Yamaha has a lot of torque and that really suits my style.“

Vsevolod Brylyakov: “We need to make the best of the unfortunate situation of losing Vsevolod due to his knee injury, and we have decided that the best solution is to take on another high-level rider. It’s exciting to give Anthony this opportunity. Yes, he has come from Supercross, which is different, but it is good that he has been racing and is fit to race. It will take some time to adapt to the MX2 class and the Motocross World Championship, but he already showed a lot of promise at the two rounds he did last year and I believe that with the support from Yamaha and the Kemea Yamaha Official MX2 team, he will be able to do his best.“