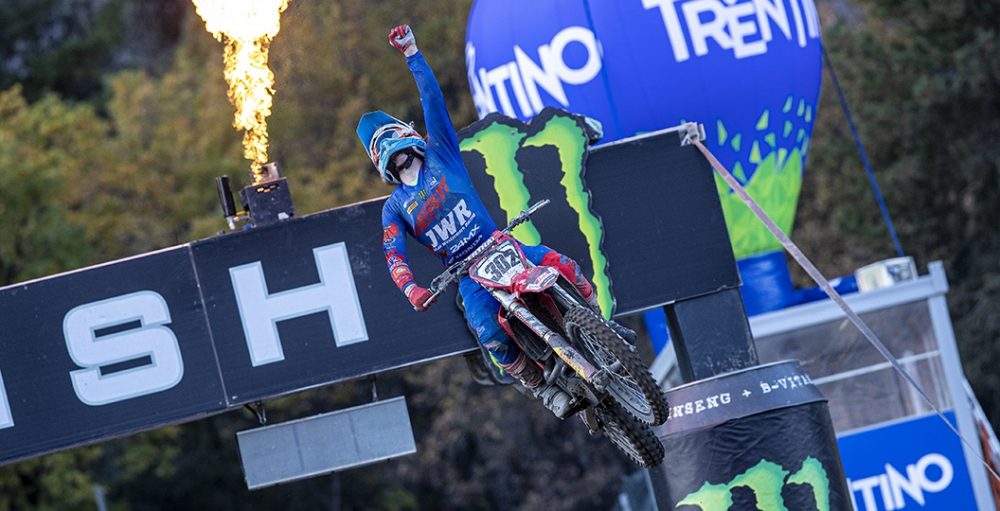 Riley Racing Yamaha, an EMX250 squad that rose to prominence with Tim Edberg this season, has named a three-man team for the EMX250 series in the 2021 FIM Motocross World Championship. Raivo Dankers, who parted ways with Hutten Metaal in a cloud of controversy earlier this year, Raf Meuwissen and Cornelius Tondel will compete for the team.

“We are proud to announce our line up for 2021. We will race with Raivo Dankers, Raf Meuwissen and Cornelius Tondel in the EMX250 championship and the Dutch Masters of Motocross 250. We are looking forward to the new season.”

Tondel is a name that some will recognise, as he won the final round of the EMX Open series with JWR Honda Racing a little over a week ago. Tondel also scored points in MXGP at the Lommel triple header in October and that may make switching to EMX250 seem like an odd choice, but he is just eighteen years old. Surprisingly, Raf Meuwissen is the only one who actually raced an EMX250 round this year. Meuwissen was fourteenth overall at the opening round and didn’t appear again.