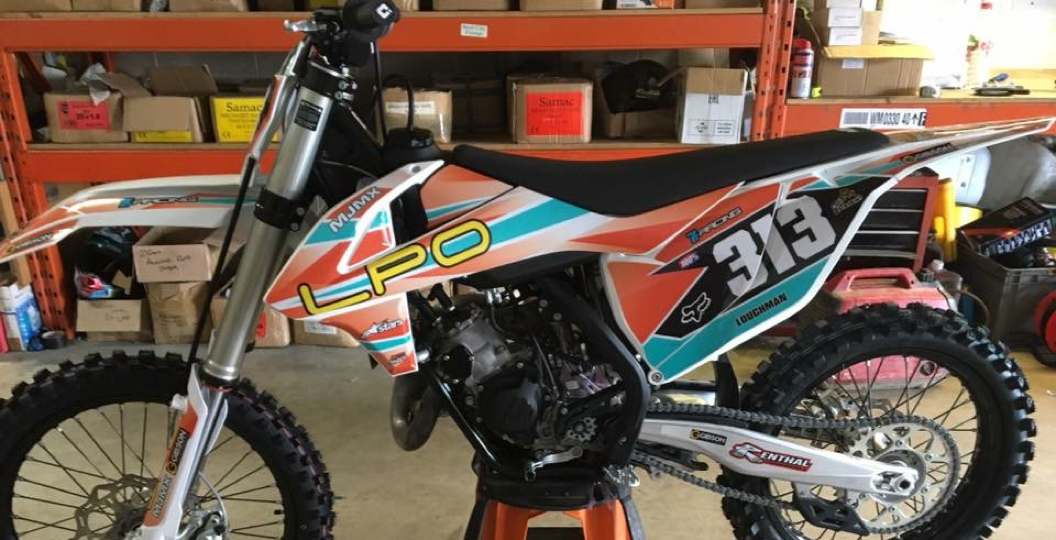 At MX Vice, we encourage all youth and amateur riders to send in their race reports following a big event. We’ll happily run them and, hey, exposure on Europe’s biggest website can only be a good thing, right? Shane Loughman filed this report following the Judd Racing Premier Cup.

After a last minute decision to race the Judd Racing Premier Cup, we loaded the van and set off for Preston Docks. I have to say, I’m extremely happy to come away with a fourth overall on the day and third overall in the Expert group. I went with no real expectations, following one week in the gym and practically no riding all winter, and I was really looking to finish each race comfortably. No matter the position, getting home safe and enjoying being back on a bike was my main aim.

Race one happened and the tone was set really, as I came in with a respectable fourth behind the TM UK boys. After some unfortunate accidents on day one we were limited to only one race, but the main thing is that those injured make a speedy recovery. Track officials and medical staff done a great job.

Day two saw three blocks of racing, not ideal after hardly any bike time leading up to the event, but after a good finish in race one I was optimistic. Race two and again after a good battle up front for most of the race I finished fourth again. In race three I came up short on a tabletop and jarred my knee pretty good. I thought about pulling off as landing was taking its toll, but I  had a decent fourth in the bag so I backed off quite  a lot and nursed myself home.

After hurting my knee in the third race, I wasn’t sure about racing the last race of the day. In between motos I had the ice pack on and some good old deep heat though. I went out and managed a decent fifth place after a close battle with Ricky Roberts, which went to the flag as I was inches away from taking fourth in the last corner. I was happy to lock the weekend up with some decent points. After not excepting a lot I really enjoyed the weekend; it has given me some extra motivation to chase down the TM UK boys and try to close the gap down towards the front.

Rest and rehab on the injured knee and I’ll be back ready for Little Silver on April 21st. I’d like to thank LPO Ltd for all the support they give me, Martin at MG Body Shock for the fitness over the last couple of weeks (I will carry on working with him for the rest of the season), Stuey Ingham and Tom Lacson for their support and helping with the bike and kit prep between races, MJMX motocross store for their continued support with all my products and kit and Claudio Bernardinelli for running a top meeting. A special shoutout to my Mam Julie, Dad Stephen and brother Wayne for all the support over all the years I have been racing.

I will continue to work hard over the next few weeks and bring my A game at Little Silver for round two.