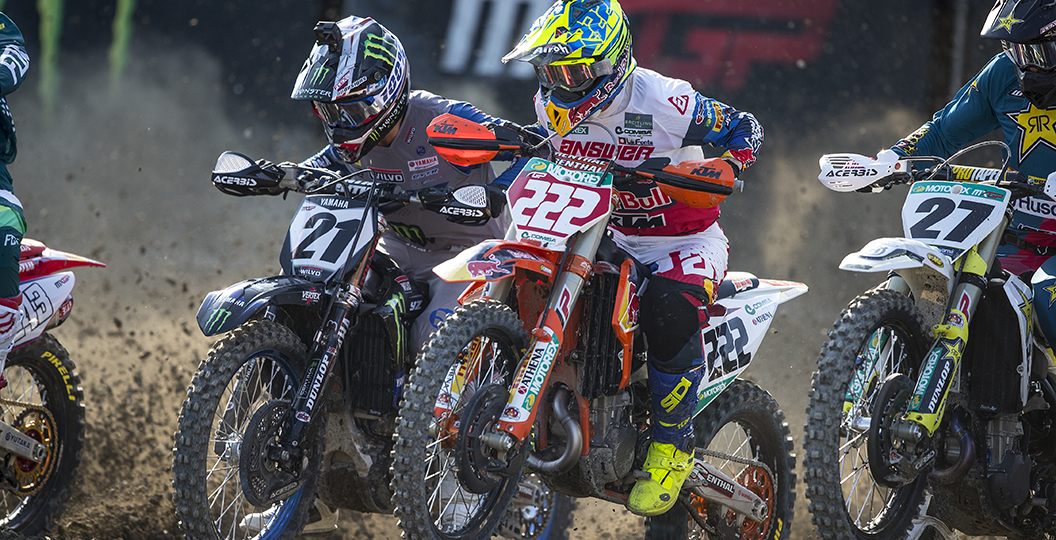 Antonio Cairoli had a rather hard crash in the premier-class qualifying race at the Grand Prix of Russia, round eight of the 2019 FIM Motocross World Championship, and then took a little while to get up. Although he managed to get back onto his bike and ride back to pit lane, there were still concerns about his status for tomorrow. A social-media statement from his wife, Jill, has confirmed that he is okay though.

“Thanks guys! Antonio Cairoli is ok! He didn’t get air after that crash in quali moto, that’s why he stayed on the ground a few seconds… All good for tomorrow!”

Antonio Cairoli currently leads the championship standings by ten points over Tim Gajser, who ended second in the qualifying heat today. Cairoli will have the twenty-fifth gate pick in the motos tomorrow.