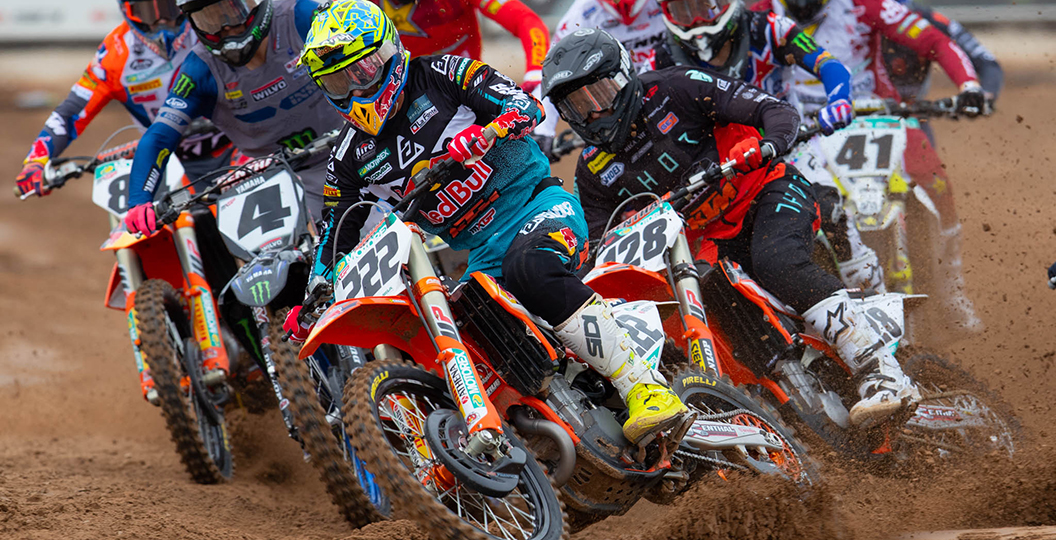 Although Antonio Cairoli struggled on the Saturday at the Grand Prix of Latvia, round nine of the 2019 FIM Motocross World Championship, it seemed as though everything was going to turnaround and work out after a third in the first moto. A vicious crash on the first lap of race two left him with a dislocated shoulder and zero points though. Cairoli later released the following statement via Red Bull KTM.

“On Saturday I had the flu and a fever, and my arm was not as strong as I wanted after the crash in Russia. I could battle with the guys for first position in the first moto but then I got a bit tired and settled for third, which was good for the championship. In the second moto I was fourth and trying to follow [Arnaud] Tonus. I had quite a big crash and when I stood up I felt my shoulder was out. My hope is to be ready to at least start next week in Germany. I don’t want to give up at all and I want to be there as much as possible for the championship.”

In speaking to the Red Bull KTM, it was not a complicated dislocation and it is likely that he will indeed be able to race at the Grand Prix of Germany. An update on his condition will be provided in due course. Davide De Carli, the assistant team manager over the weekend, offered up more information.

“Tony was struggling at the beginning of the weekend because of the crash in Russia. He had a problem with the nerve in the bottom of the shoulder, which affected the feeling in his right hand. He started great in the first moto and had to slow down a little bit with some pain but third was a really good result that we didn’t expect. In the second race he was gaining some positions but missed power in his arm and the crash caused his shoulder to pop put. There is no damage to the bone or the ligament so we will see if he can try to ride in Germany. We will make some checks this week. Everything is going really well for Jorge and I think he has the best momentum of his career so far. This weekend was the best level of consistency I have seen from him. He is at a really high level.”

After scoring no points in the second moto at the Grand Prix of Latvia, Antonio Cairoli now runs thirty-three points down on Tim Gajser in the premier-class championship standings. There are nine rounds left to run.