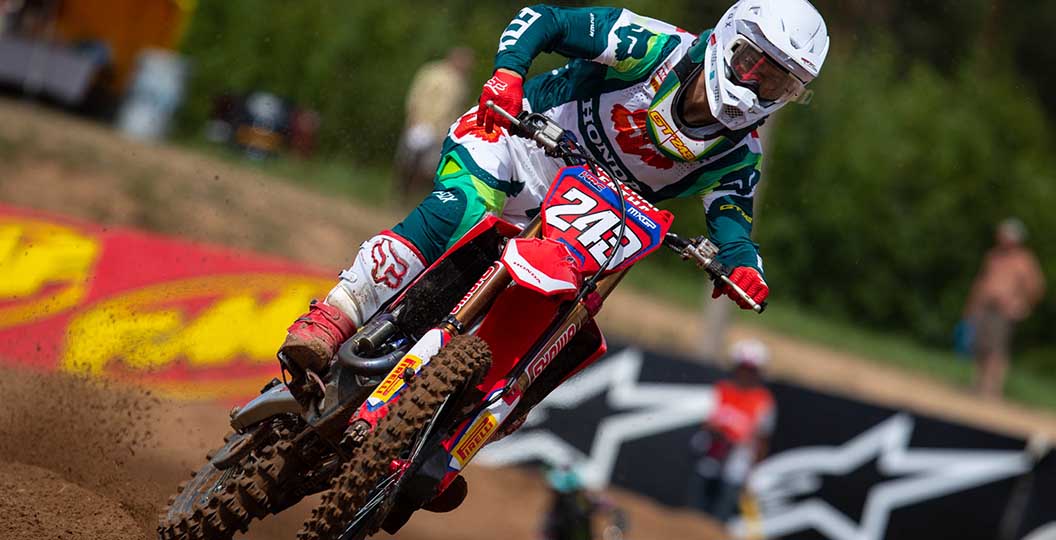 Those watching the stream of the premier-class qualifying heat at the Grand Prix of Latvia, round nine of the 2019 FIM Motocross World Championship, would have seen Tim Gajser hit the ground hard in the waves section that has claimed many riders since it was built. Gajser got up, ran straight to his bike and eventually finished in eighteenth to salvage a respectable spot on the starting line. The following statement was later released via HRC.

“The day started well and I was feeling good on the bike. I set good lap times in free practice and timed practice but then in the qualification race I didn’t get the best jump and then I lost a couple of spots in the first corner too when I almost spun out because it was a bit looser than I expected. I was around fifth or sixth but I wasn’t feeling like myself, I didn’t find nice lines and I just wasn’t happy with how things were going. Then I made a mistake in the wave section and the bike hit the ground quite hard and it bent it. I pulled into the pit lane to straighten it up because it was almost unrideable so overall it was a disappointing qualification race. I finished eighteenth, so I don’t have the best gate pick for tomorrow but I will give my best and try to have two good races.”

Tim Gajser has a chequered past at the Grand Prix of Latvia, as he has achieved the following moto scores at the venue since entering the premier division: 1-4-14-31-9-4. Thirteen points is his advantage in the championship standings entering tomorrow. The crash that he had in that qualifying race can be viewed below.