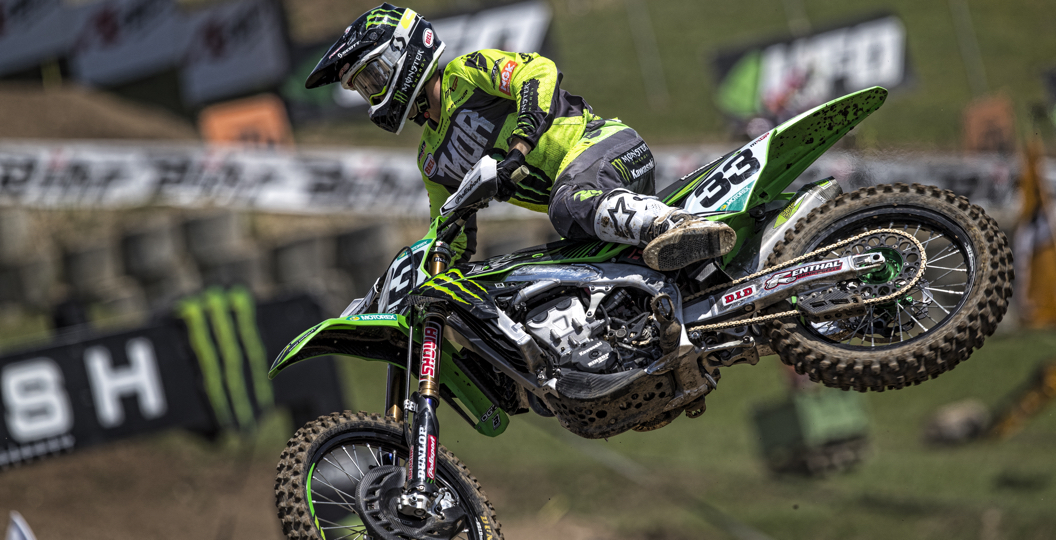 Julien Lieber has had a tricky time of it in recent weeks and that all started with a couple of massive crashes at the Grand Prix of Great Britain. Lieber fell in practice on Saturday, which was a particularly big crash, and then again in the motos on Sunday. Although he was left battered and bruised, he felt as though he would be ready to race at the Grand Prix of France the next weekend.

Things did not go much better for Julien Lieber at that event though, as it was determined that he fractured his scapula. The scapula is effectively the shoulder blade and, unfortunately, the injury will stop him from competing in the sand of Ottobiano this weekend. Lieber did tell MX Vice exclusively that he expects to race at the Grand Prix of Indonesia in two weeks though.

Julien Lieber had enjoyed a successful maiden season in the premier class before this injury, as he hovered around the top ten and even slotted into the top five in a moto at the Grand Prix of La Comunitat Valenciana. Lieber now runs thirteenth in the series, after not lining up in France, but should not lose anymore positions this weekend.