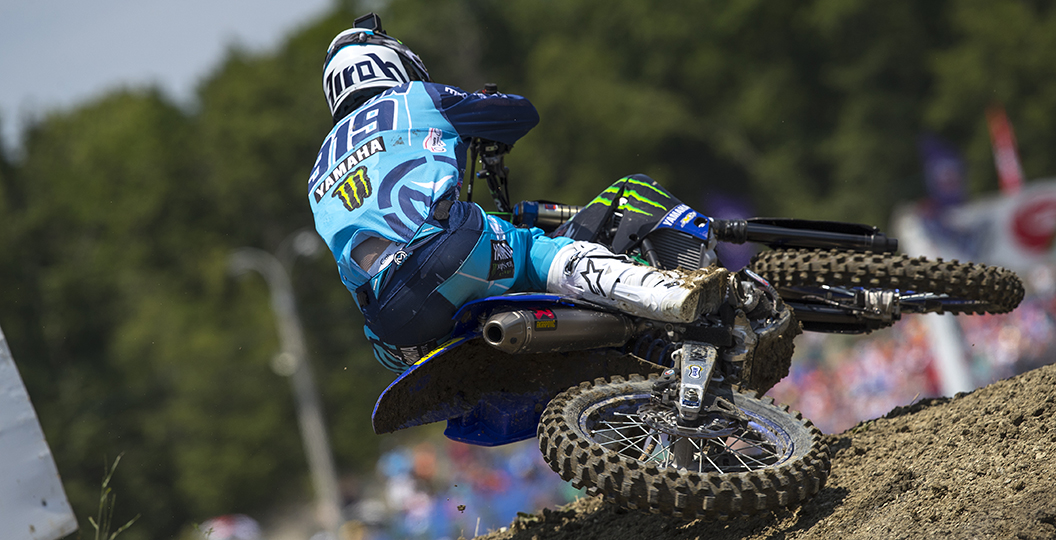 Most people watching the MXGP-TV live stream of the MX2 qualifying race at the Grand Prix of Russia, round eight of the 2019 FIM Motocross World Championship, were concerned about Ben Watson, who had a horrific crash whilst chasing the top five. Fortunately, he rejoined the race and salvaged a twenty-fifth. Watson later took to social media to confirm that he is indeed okay.

“Felt really good today… Had a great feeling on the bike and track. Unfortunately I took a big hit in the qualifying race and banged myself up a bit. Won’t be an easy day tomorrow but I will give everything still!”

Watson currently runs sixth in the championship standings, just three points down on the rider in fifth place. Orlyonok, the track that hosts the Grand Prix of Russia, was the site of his first podium finish twelve months ago. The fall from earlier today can be watched below.