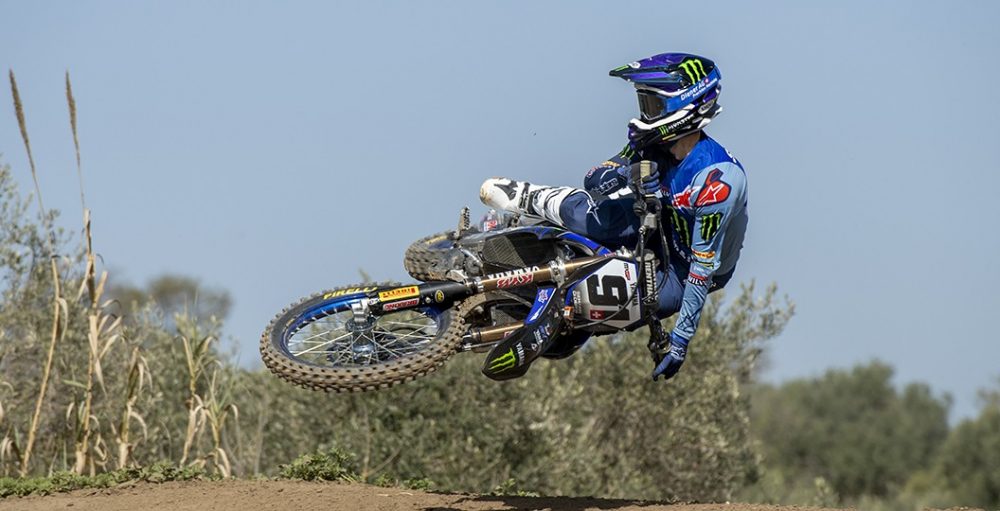 Very few elite riders are actually contracted to race the Internazionali d’Italia series, which can make it fairly difficult to pick the entry list apart. The second round, Alghero, will be run today and two notable names have opted to stay away from the race. Jeremy Seewer and Jorge Prado were both listed to compete in MX1, but will not be on track.

Seewer has been training in Sardinia with Monster Energy Yamaha Factory MXGP for quite a while now, but feels as though it is too early to be race fit and will therefore continue to put in laps at practice tracks. Yamaha has already confirmed that he will not race at the third Internazionali d’Italia round in Italy either, which is hardly surprising. That will be run next weekend. Glenn Coldenhoff and Ben Watson will represent bLUcRU at Alghero today.

Jorge Prado, on the other hand, shared the following short message on Twitter that confirms that he will not race at Alghero, but will take part at Mantova next weekend. Prado won the MX1 moto last week, in a strong ride, but failed to finish the final moto with a suspected (by him) mechanical issue.

“This weekend it is not time to run, we continue at full speed with the preparation. See you in Mantova.”

The second Internazionali d’Italia round will still be thoroughly entertaining with Glenn Coldenhoff, Romain Febvre, Thomas Olsen and Ben Watson in MX1. Jeremy Van Horebeek will be competing aboard his Beta as well. Information on how to watch Alghero live can be found elsewhere on MX Vice.