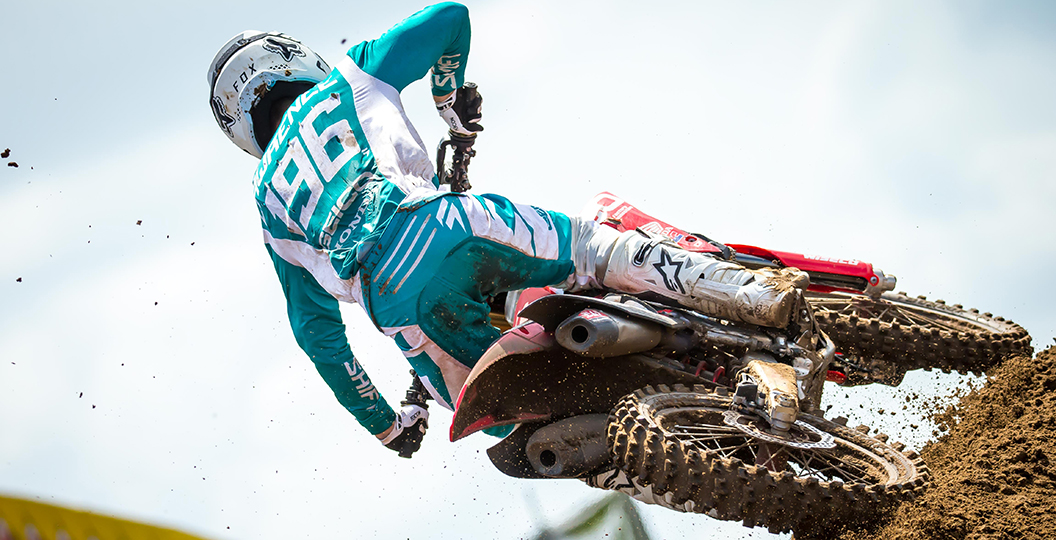 It was just a couple of weeks ago that Hunter Lawrence underwent surgery on his broken collarbone, but he is already back on a bike and ready to return for the final two rounds of 2019 Lucas Oil Pro Motocross. Lawrence announced on social media that he would be back on track at Budds Creek on Saturday. The statement is below.

“I will be getting dirty and rambunctious this weekend at Budds Creek-ingtons! Stoked to be able to come back to the races this soon! @FCHonda @Snyder_50 you know the drill, start that baby uppp!!!”

Lawrence runs ninth in the 250MX series standings currently, despite the fact that he has missed the two most recent rounds. The moto wins that he acquired at High Point and Millville obviously helped his ranking significantly. In total, he has finished in the top three in four of the motos that have been run thus far.