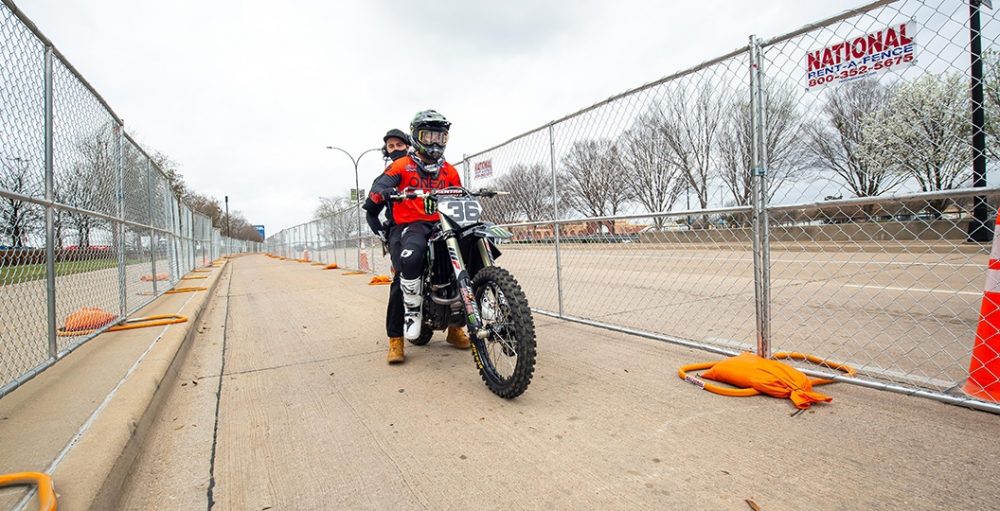 Martin Davalos has shared footage of his press-day crash, which left him with a broken collarbone and concussion. In the same post, which can be viewed below, he also confirmed that it was always his intention to retire at the end of the 2021 Monster Energy Supercross series. The crash simply brought that forward by seven days.

“This is what happened during press day Friday. As gnarly as it was I just wanna clarify that this was not the reason why I decided to retire as some people have assumed. I had already decided it was time to step away from racing but wanted to finish out the season. Since I sustained a concussion and broken collarbone and I wasn’t gonna be able to race the final rounds I figured I’d go ahead and announce it. Thank you everybody for your support and kind words. I’m sure I’ll be seeing you guys around.”

In a fairly surprising turn of events, Martin Davalos has announced his retirement from professional racing effective immediately. Davalos was planning to complete the 2021 Monster Energy Supercross series, and then hang up the boots, but a crash in press day at Salt Lake City left him with a broken collarbone and concussion. Davalos will never appear beneath the bright lights in a stadium again, just like that. The decision to retire was announced via the following lengthy statement.

“Here it is guys. I am sitting here with my eyes tearing up thinking about how amazing my career has been… How I came to the ‘States when I was 15-years-old— alone and as a nobody from such a small country. I left my family behind to do what I loved the most, which was to race my motorcycle. I am so grateful that my family sacrificed so much to help my dream come true. I am proud of all I’ve achieved. With that being said, I have decided it is time for me to hang my boots up and step away from racing. My plan was to retire after the last round but unfortunately during press day today I had a crash that caused a broken collarbone and concussion. This career has been full of highs and lows but I have accomplished things I never thought or dreamed of doing and I’m so thankful to the Lord for allowing me to do so…

“There have been so many who have helped me along the way and I thank you from the bottom of my heart for making an impact in my career. To all the fans that have followed my career over these last 15 years thank you for your support it means the world to me, and the Asterisk Medical Unit for always taking care of me. I am looking forward to new beginnings.”

Davalos is currently twelfth in the premier-class standings in 2021 Monster Energy Supercross, which is certainly an impressive ranking. Two top-ten finishes have been secured through the 15 rounds that have been run thus far – a tenth at Arlington 1 and a ninth at Arlington 2. Davalos secured a fifth in the 450SX main event in Atlanta in 2020, his rookie term, which was a career-best result on the 450F. Five 250SX victories were claimed through his lengthy career, which began with KTM in 2006.