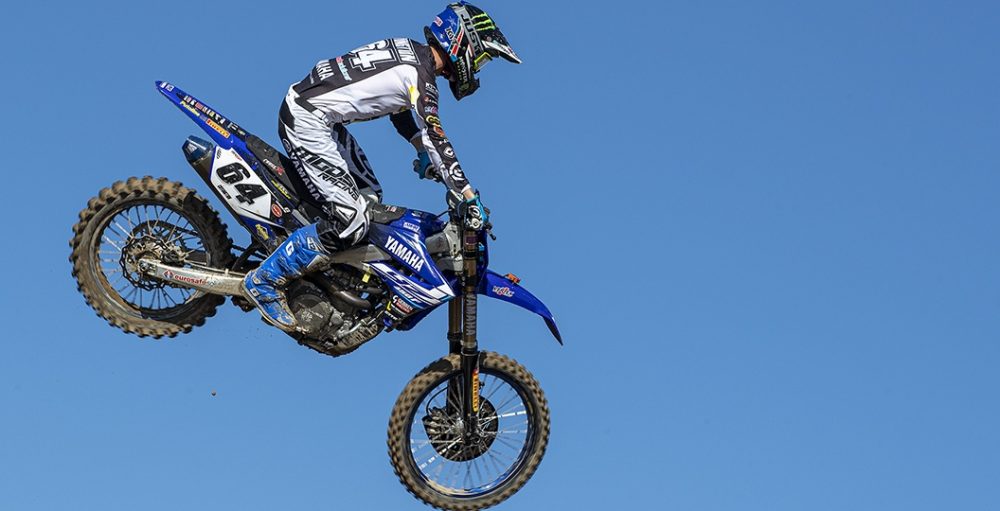 In a shock turn of events, Thomas Covington has retired from professional racing effective immediately. Covington released the following open letter, which was first published on Racer X Online via Eric Johnson.

“Hey guys, so I’ve decided that it was time to move on to something new. To stop racing is one of the toughest decisions I’ve ever made in my life because it’s all I’ve ever done for the last 20 years. With the way that everything was going, I just wasn’t really willing to take the risks that I used to take. I don’t know if it has to do with some crashes I had before the supercross season last year. I hit my head a couple of times and knocked myself out. I just wasn’t really in a position to do that anymore and I just felt like someone else should have this spot. There aren’t that many spots in the MXGP class, especially factory-supported spots, and I just feel like it’s time for me to move on to something new and start a new chapter.

“Coming into the season I had a new deal with Yamaha and I was really positive and really excited about getting back into GP racing. I missed a lot of the off-season preparation that I normally would have had, because I got over to Europe a little bit late and I wasn’t super-healthy. I kind of delayed my off-season stuff and then kind of got thrown straight into the deep end when the season started. I was still positive, though. I knew it was going to be difficult my first year in MXGP and thought I would just stick it out and keep working and it would come to me. When the racing started, I struggled a bit more than I thought I would. The break with coronavirus actually helped me because it actually gave me more time to get comfortable on the bike and I really wanted to capitalize on that.

“I feel like I gave it all I had during those months with the coronavirus. I really worked my butt off training and doing as much testing that I could to be as prepared as possible for the next part of the season if there was going to be a season. I was going to give it everything I had and I still believed in myself and thought I could do it. However, when it came crunch time out on the track, I just couldn’t force myself to hold the gas in when I needed to and in that MXGP class and how it is now, you’ve got to be 100-percent on top of your game or you just get left behind because it is so competitive. Pretty much any weakness you have gets magnified so much more in a class with so much talent. I mean earlier this season there were some motos where I felt like I was riding decent and I could have been riding the race of my life and then I’d come over the finish line and I’d finish sixteenth! It was like, ‘Dang, I just rode my butt off for 35 minutes and pushed as hard as I could for a mediocre result.’ That was really hard to accept. In the back if my head, I knew that I was just missing a little bit and I felt like it was going to  take me longer than just one season to get back up to speed.

“I have to look to the future now. To be really honest, only the top few guys both in America and in Europe are making the kind of money that warrants the kind of risk we’re taking out there. You know, once you get out of that top little group, the pay goes down drastically. For me and at this point in my life, it’s just not worth the risk for me. Luckily, I’ve been able to meet a lot of influential people and all kinds of different people around the world and in the industry. There have been quite a few opportunities that have come up over the last year or so but I’ve obviously never had any time to chase any of them and that’s another reason why this decision came up. I felt like I could pursue other things and have a life after motocross. I figured I could get a head start on some of this stuff while I’m still young and still make a living without risking my life. Even so, it was such a hard thing to do to make this decision.

“Looking back on it all, and even though it was kind of cut short, now I feel like I have a lot of things to be proud of and I still had a decent career as far as being one of the few Americans over the last several years to have success in the GPs. It wasn’t typically what most amateur motocross racers coming up in America aspire to go overseas and race the GPs. I feel like that was pretty different and I hope it inspires other amateur motocross kids to branch out and go race the GPs. It’s such an awesome experience. Not only the racing aspect of it all, but also the life experience. Traveling all over the world to race was amazing. I hope that other guys will look at branching out and going over there to race. I enjoyed every bit of it.

“I guess to wrap it up, I’d like to say that I wouldn’t be where I’m at without a few people. My family, who supported me every step of the way. Todd Hicks and the guys from Fox started supporting me at Loretta Lynn’s when I was five years-old. All the guys at Team Green, I want to say thanks to them. Johnny O’Mara, he was just a great mentor for me when I was making that transition from the amateurs to the pros. Johnny was right there and helped me along the way and gave me the work ethic that I have now. I’ll take that with me into every aspect of life. I also want to thank both Ricky and Jeannie Carmichael. They were both there whenever I needed them. Good or bad, they were always there for me and I’ll never forget that. Once I got on a team with Jacky Martens and he got me in the sand, it just took my riding to another level. Him and with Joel Roelants training me, it all made a big difference.

“Ben Bostrom also helped me. When I got back home to America during the off-season, I spent a lot of time with him and I learned a ton from him about training and getting my body ready to race. Towards the end, and when things got tough, having my wife Amy there every weekend really helped me and she kept pushing me to keep going even when things weren’t going good. She was always there and picking me back up after every downfall and she was also there during the good times. You just need people like that around to keep you going. People such as Mike Jenkins at Traxxas, the people at Monster Energy and all the racing folks at Yamaha were such a big help to me. I wouldn’t have been able to do it without my wife and all the people that I just mentioned. I’m just really thankful that I had these people around me. Luckily, my brother Tyler was by my side the entire way and helped me invest my money correctly so I don’t have to stress too much now that I’m done with motocross.

“As signing off here goes, I just want to thank the whole motocross community in both America and MXGP for having me and for cheering me on. I appreciate it all. I appreciate all the posts and support from everybody. I had fans in America and I had fans at the Grands Prix. It always has meant to me and it always will. I’m sure I won’t wander to far away from the motocross world and hopefully I’ll see you guys at the track sometime real soon.”