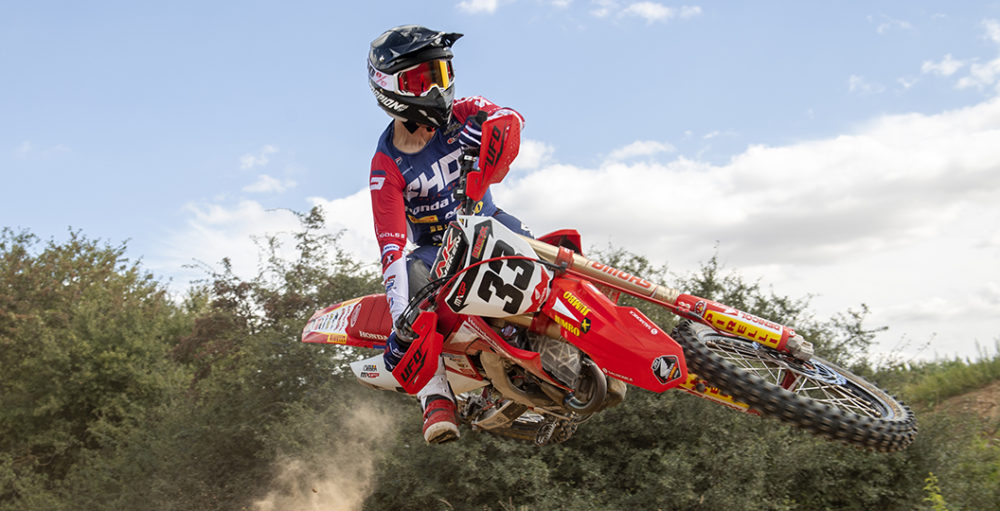 In a completely shocking turn of events, Julien Lieber has retired from professional motocross. It is no secret that Lieber has struggled with injuries since the Grand Prix of Germany last year – he has not even raced at the highest level since then – but he was eyeing up a return in Latvia this weekend and even raced at Axel on Sunday. Lieber explained in a team press release from JM Honda that there was simply no other solution, sadly.

“The aftermath from my crash in Teutschenthal last year was a lot more complicated than we could have imagined initially. I had two surgeries to my elbow, two on my wrist with the last one back in early March. In both instances it turned out that there was not so much that surgery could do to properly fix the issue. That’s what I’ve been dealing with this whole time. Even when the pain was so much better after I received an infiltration you know that the injuries itself will not magically go away in a few months or even a few years to be honest.”

Lieber went on to explain that he just can’t accept battling for a top fifteen finish each weekend, which is what he sees as the outcomes if he continues to race in his current state. It is important to remember that he was running extremely well in second place when he crashed out in Germany last year, so he really was on his way to hitting new heights. Jacky Martens will now head to Latvia with just Benoit Paturel and Artem Guryev.