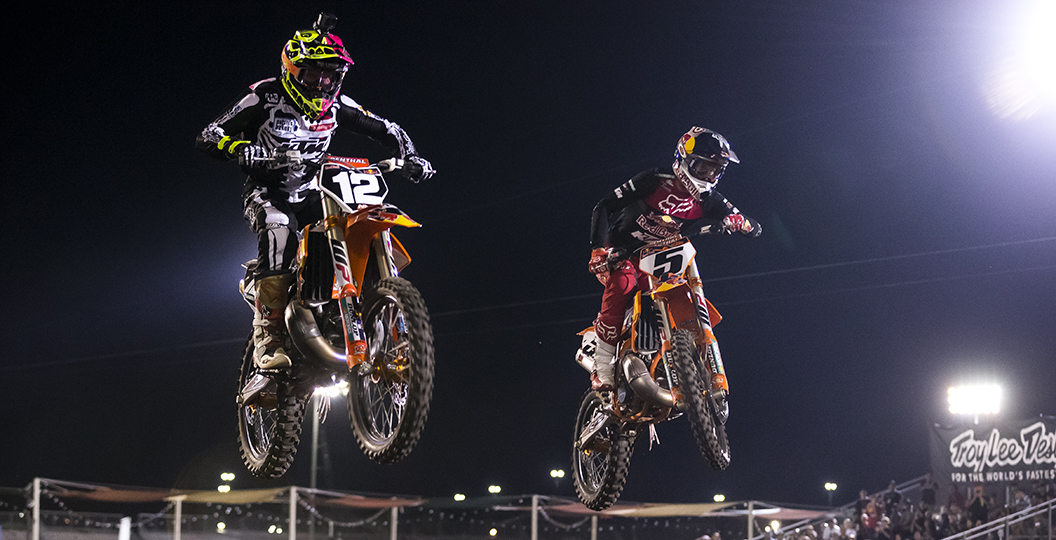 The two-stroke only edition of the Red Bull Straight Rhythm went off in Southern California last night and, to the surprise of some, Shane McElrath emerged victorious. McElrath faced Ryan Dungey in the three-run final. Dungey defeated Mike Brown, Cedric Soubeyras and Ryan Villopoto to get there. McElrath, on the other hand, worked through Darryn Durham, Ryan Morais and Jordon Smith.

Shane McElrath and Ryan Dungey won a race apiece in the first two runs in the final, but the former obviously reached the chequered flag first in the last run. The same thing played out in the semi-final, which consisted of Ryan Villopoto and Jordon Smith. Villopoto ended up taking the final win and therefore the third step on the overall podium. Got that? Carson Brown took the win in the 125cc class after defeating AJ Catanzaro in the final. Luke Renzland ended third.