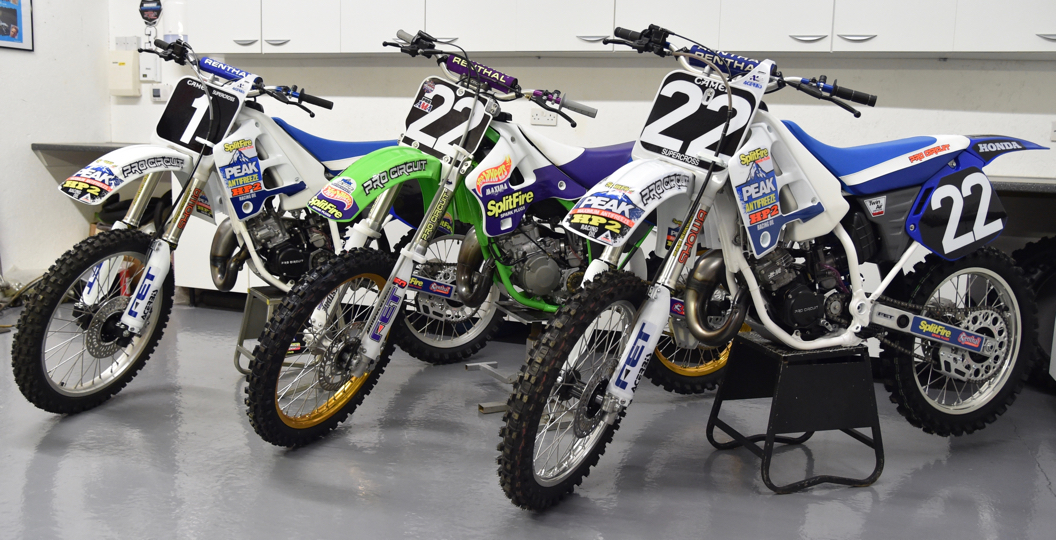 In the summer of 1990, Roger DeCoster and Dave Arnold of Team Honda approached Mitch Payton to build the engines for the 1991 125 Nationals. HRC Japan were not going to fund any money or put time into the 125-race engine and seeing as Mitch already had a good working relationship with Factory Honda, he agreed. After a month Honda came back to Mitch and asked if he’d like to run the complete Factory Honda 125 team – the rest was history!

With two 125cc titles that year thanks to Brian Swink (125cc East Supercross) and Jeremy McGrath (125cc West Supercross), the team returned in 1992 with the four-man squad of Jeremy McGrath, Buddy Antunez, Mike Brown and Jeromy Buehl on some of the best looking bikes anyone had seen to date. Designed by Kenny Safford at Axo along with the Throttle Jockey brothers, these bikes look just as good today as they did twenty-five years ago!

With the Peak Honda being so iconic, Chuck decided to build an exact replica of McGrath’s championship-winning 1992 bike. However, with a whole host of new old stock Honda parts and extremely rare Pro Circuit parts, the decision was made that it would be a shame to let it ever see dirt. With that in mind, building another one to race seemed the only option!

The second bike was completed to the same spec as the original Peak bikes too, but received some upgrades to make it race ready (such as a 1991 Mugen engine kit and freshly rebuilt suspension by Pro Racing Suspension in Northamptonshire, who have taken care of my suspension since day one).

With the bike now completed, there is just enough time to give it a shake down ready for round one of the UK EVO MX Championship on 2nd April and prepare to improve on the 2015/16 results of fourth overall at the Farleigh Castle Vets MXdN. 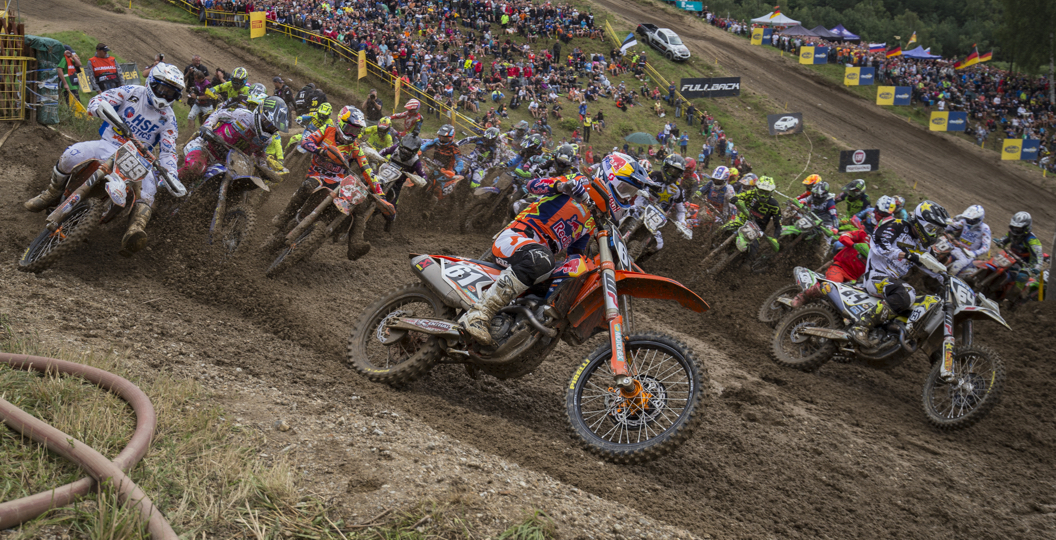