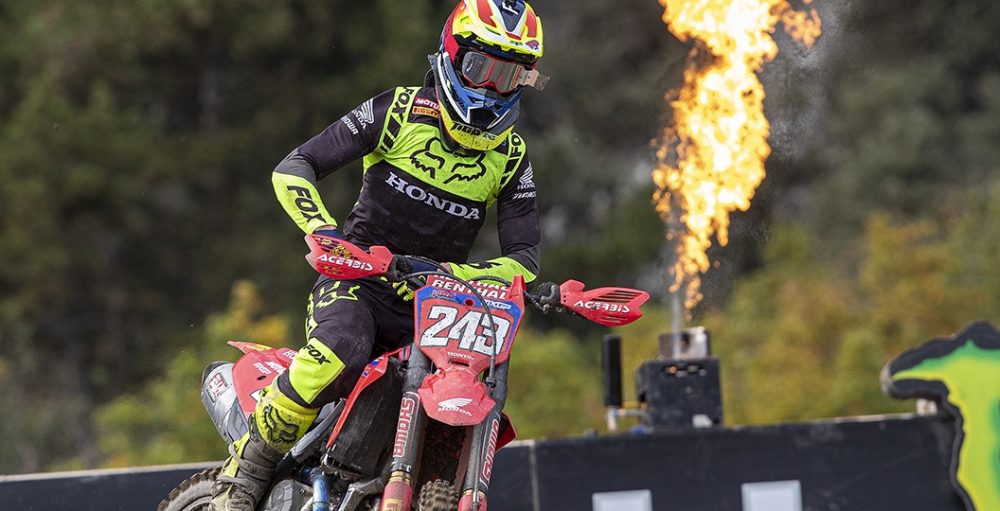 Tim Gajser has clinched the MXGP title in the 2020 FIM Motocross World Championship, following a second place in moto one at the Grand Prix of Pietramurata. The victory was his fourteenth individual moto triumph of the season and really reminded onlookers that he has been the best rider across seventeen rounds of competition. The statistics below also reaffirm that fact.

– Gajser has had eight pole positions this term, again more than anyone else. Arminas Jasikonis (again inactive) is the next closest to him with three poles. A significant gap and one that’s really not too surprising. Gajser having raw bursts of speed is not a shock to anyone, no matter whether they are a fan or not.

– Gajser has won 14 motos in the 2020 FIM Motocross World Championship, out of a possible thirty-five (at the time of writing). The next closest rider to that figure is the inactive Jeffrey Herlings, who has five moto wins to his name. That’s quite a gap! Gajser has now won 53 motos in the premier category and 81 in his career. That milestone of 100 is creeping up.

– The impressive statistics continue, as Gajser has also stood up on the overall podium more times than anyone else. The HRC pilot has walked onto the box at 12 of the 16 rounds so far (missing it at Kegums 2, Kegums 3, Faenza 1 and Mantova 1). That stat is correct at the time of writing, which is after the first moto at today’s Grand Prix of Pietramurata, but it is likely a thirteenth podium will be acquired in a matter of hours. Gajser has made 72 trips up onto the overall podium in his career.

– The only category that Gajser does not lead the way in is overall victories. Oddly, despite winning a significant number of motos, he has only won three events this season (Mantova 3, Belgium 1 and Belgium 3). A fourth overall win today would leave him tied with Herlings for most overall wins this season at four apiece. It wouldn’t take too much for him to leap ahead in that division as well! Gajser has had 27 overall victories in his career.