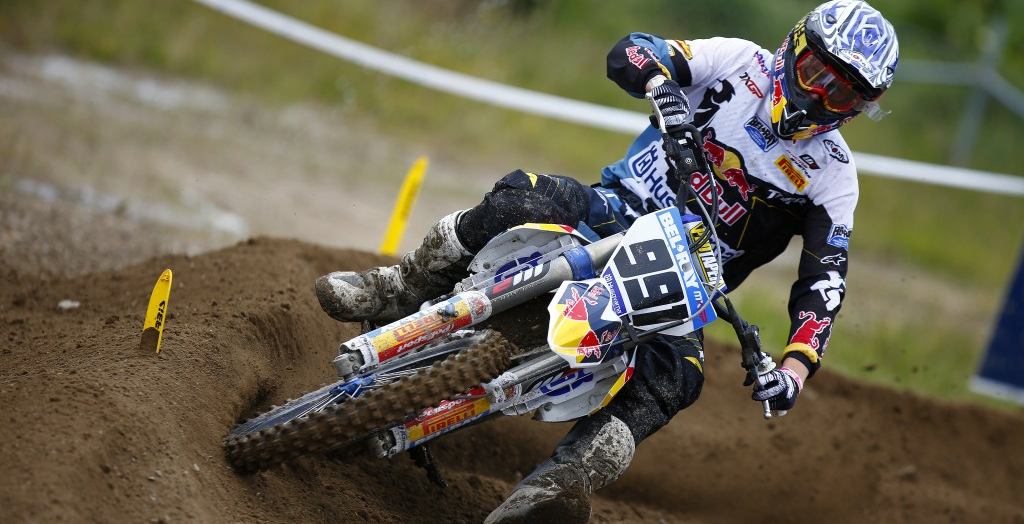 Under the Radar: GP of Sweden

Nathan Watson: Nathan Watson is currently taking advantage of an opportunity that many of dream of: he is racing a full-factory bike in the MXGP series, and he is posting great results too! When Nathan was first handed the bike, I am sure that he felt some pressure to perform, as he undoubtedly wants to secure a full-time deal with an MXGP squad for next year. Based on how he has performed thus far, you have to think that he has prompted interest from some team managers in the paddock – he is only going to get better.

Watson has contested three FIM Motocross World Championship rounds thus far this year (the first being on his Dantec Husqvarna UK machine), and he has improved on his results each time. Uddevalla was undoubtedly the race that he has performed best at, as he captured a thirteenth and a fourteenth in the two motos. But I (and many others) still believe he has more to give. I look for him to put the Red Bull IceOne Husqvarna in the top ten this weekend, as sand is where he really shines. If he does that, everyone will be talking about him, I’m sure.

Tommy Searle: Although Tommy Searle has not yet achieved the type of results that he desires, he is slowly improving each week, which bodes well for the future. In Sweden (a GP that has been kind to him in the past), he finished in the top five in a moto for the second time this season and was the closest he has been to the frontrunners. Unfortunately, his starts continue to hinder him. A trip to the podium may be a bit of a stretch at this stage, as his times are still slightly off. However, if he were to start up front, I’m sure he would latch onto the leaders and adapt to their pace; he just hasn’t had an opportunity to do that as of yet.

The pressure is certainly beginning to mount, as he has not yet finished on the podium on the 450F, so he needs to get that monkey off of his back as soon as possible, before some begin to doubt him. A change of scenery in 2015 will undoubtedly do him good, and aid him in his quest for glory. I’m sure the frustration is starting to build, which obviously isn’t helping. If there is a place where a podium may be likely, it could be Loket – that circuit will certainly suit him best out of the next three rounds.

Ken de Dycker: I’m sure that some of you have completely forgotten about Ken de Dycker, right? It is understandable; he has posted very few notable results and just made up the numbers for the most part. However, at Uddevalla he finished in the top ten in a moto for the first time with an eighth in moto one, which is a huge step forward for the lanky Belgian. Now, he is by no means back to where he once was, but at least this result should fuel the fire inside of him and inspire him to reach that level – it looked bleak for him at one point.

Since his return at Valkenswaard (yes, he has been back on the bike for that long), Ken has failed to finish six of the fourteen motos that he has contested. So, it has been a turbulent season, although the fact that he has finished the last four indicates that he has had a bit of a breakthrough. I am sure that Ken feels like he needs to prove himself to the Red Bull KTM team, especially with many other riders linked to his spot. There has not been too much talk about him staying with the team, strangely, despite the fact that he gets on well with everyone under there.

Davide Guarneri: I have long been someone that says Davide Guarneri is underrated; his ride in Sweden further supports this feeling. Unfortunately, the quiet Italian is dealing with a hand injury at the moment, but he still finished sixth in moto two at Uddevalla, which is quite incredible and one of the best results that TM have had in recent years. Admittedly, some riders are out injured that probably would have placed ahead of him, but staying on-track is a part of the game! Davide also had multiple top ten finishes at the beginning of the year against a stacked field.

The Italian is in a tight battle with David Philippaerts for eighth in the championship, which would be a brilliant result. When contracts are signed for the 2015 season, Davide will more than likely get overlooked again, but perhaps it is time that we all sat up and took notice of just how good he is.