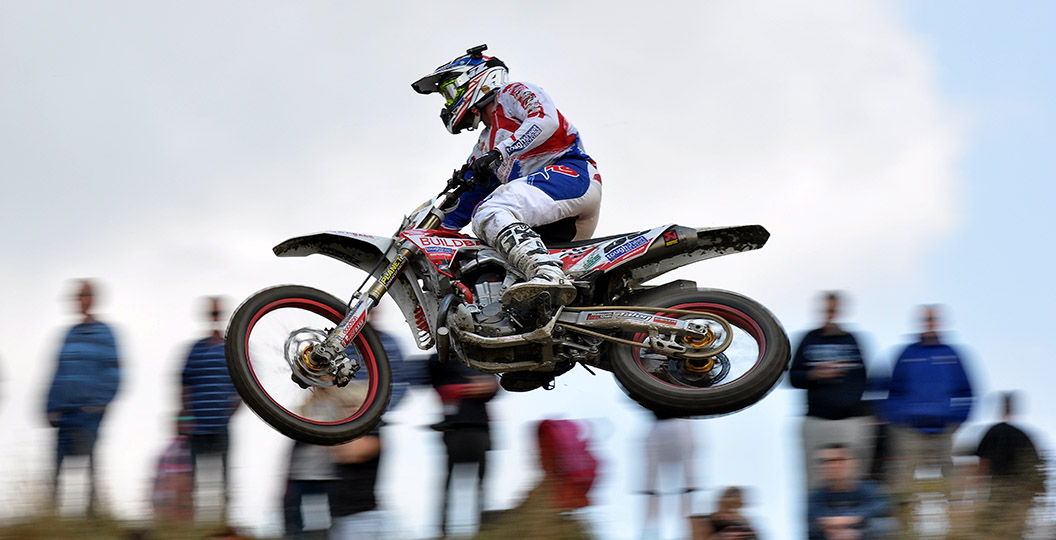 Under the Radar: Foxhill

There were a lot of interesting stories that hogged the headlines at Foxhill on Sunday; Matiss Karro locked up his maiden title and we saw some new winners in both MX1 and MX2! However, there were a handful of riders that put in some of their best rides of the year but went unnoticed, because of this. We take a look at a handful of those riders in ‘Under the Radar’.

Brad Anderson: Brad Anderson has had a solid season with some highs and lows, but for the most part he has been right there in the battle for third, which coincidentally is where he finished in the MX1 standings and at Foxhill too. There were a handful of riders that hogged the limelight at the finale, but quietly Brad was right there in the fight for the win; it was just his starts that beset him somewhat.

In the first moto Brad started fifth but quickly moved into third. From there he inched closer to the two leaders, who established a comfortable gap in the early stages. The second moto followed a similar pattern, although he had a much worse start this time around, as he was outside of the top ten. He still pushed forward for the duration and ended up fourth, once again right on the back of the lead trio. The third moto was perhaps his strongest, as he moved up from ninth to steal second on the final lap; that move also clinched him the third championship.

Although he achieved his main goal at Foxhill (by finishing third in the MX1 standings), it was a case of what could have been. Had he got the starts he more than likely would have clinched one moto win or maybe more – his speed was certainly on point. It was undoubtedly the best he has performed in the Maxxis British Championship this year, as he had a best finish of second and it was the only round that he finished on the podium in more than one moto. Brad has just one more race aboard his Buildbase Honda (the final MX Nationals round that will also be held at Foxhill in two weeks), before he is expected to make a switch to the MBO Sport Yamaha squad.

Nathan Parker: Man, it is a shame to see Nez go! Although his career has been hindered by various injuries, when on-track he has always posted strong results; he did that again at Foxhill, just like he did at the previous round, Cusses Gorse. In the last six motos of the season, he finished either fifth, sixth, seventh or eighth, so the consistency is there too. If he could have just had a full, healthy season under his belt, I honestly believe he could have been up front and battling for a spot on the podium some weeks.

However, he has made up his mind and will be hanging up the boots. Although he may pick up a different pair of boots, depending on what path he elects to take next. Anyway, back to Foxhill. The three motos were not too dissimilar for him, as he had solid starts and solid rides each time out. Hopefully we see Nez at a handful of races in the future – British motocross needs these guys!

Jordan Booker: Jordan Booker was back aboard his privateer KTM this past weekend, and it is clearly a bike that he is comfortable on. For the most part he has spent the 2014 season on the cusp of the top ten; following Foxhill he ended the MX2 Maxxis British Championship in eleventh, just like he did in 2013 and 2012 – there is a theme there! Speaking of Foxhill, Booker had his highest points haul of the season this past weekend after acquiring two ninths and a twelfth.

Although he has finished in the same spot for three successive years, I believe that he has more to give and may breakthrough next year. Booker is also in contention to secure fourth in the MX Nationals series, despite the fact that he missed the most recent round, Preston Docks. If he elects to line up at Foxhill (the MX Nationals will be hosting their finale at the same venue in just under two weeks), he will have to overcome a twenty eight-point deficit to Lewis Tombs, in order to obtain the position.