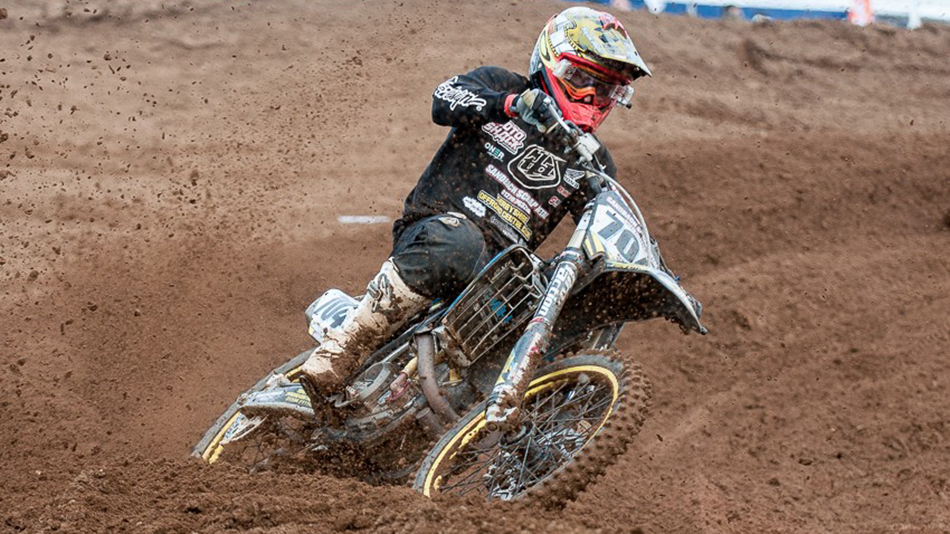 Under the Radar: FatCat Moto-Parc

Ashley Wilde: Quietly, Ashley Wilde is making a lot of progress each week. But, unfortunately, it has gone unnoticed by most. Wilde certainly does the most with the least more often than not; this past weekend was no different. With the MX2 riders out on-track at the same time, the ‘Fastest 40’ field is stacked at the MX Nationals. But, despite this, Ashley was still a firm fixture inside of the top ten throughout the weekend. On the Saturday, he finished tenth, and was running the same speed as the guys around the top five, so the potential was clearly there.

When the track deteriorated on the second day of action, Wilde really excelled, as he garnered a pair of sevenths in the two motos. Ashley had some much better starts on Sunday, too, which obviously helped him. In fact, he started in the top three in the final race, which is a testament to how strong his bike is, despite the fact that he is a privateer. For most of the race, he was actually battling with Kristian Whatley, which caught the attention of most. Overall, he showed a lot of potential at the most recent round, so keep an eye out for Ashley Wilde in the coming weeks – he may just continue to surprise.

Matt Moffat: Matt Moffat is in a similar boat to Ashley Wilde, in my opinion. Both riders have clearly improved in recent weeks, but have been overlooked by most. Unfortunately, Moffat’s overall result was hampered by a fall and a DNF in race two. However, the speed was there for everyone to see, like it has been at a majority of the rounds that he have been run so far. In the other two pro races at FatCat, he had a seventh and an eighth, so Matt was very much in the thick of the battles on the rough and rugged track.

With the support of JAR Honda behind him this year, Moffat had to flourish, and I feel like he has done thus far. If he can keep this momentum going in the coming weeks, he could mix it up at the front by the end of the year. Judging by what he had to say in his team PR, he feels confident about where he is currently:

“I had a good weekend, just the second race I had a DNF, had a big crash, but I had a seventh and an eighth and in the last race started dead last. I definitely had the speed to run up front, so I was really happy with that. I felt fitter than I felt at Lyng, I’ve been working on a few things from there. In the last race I came from the back as well as passed some good riders on the way, so I’m definitely looking forward to Foxhill and see how it goes from there.”

Gert Krestinov: Unfortunately, a mechanical failure in race two means that most people have overlooked just how fast Gert Krestinov was at FatCat. Gert was certainly the second fastest rider at the venue (behind Watson). In fact, there is a chance that he may have won the overall, had his tyre and moose not come off the rear wheel. Although his team quickly rectified the issue in the mechanics area, he could only salvage a twenty-eighth in the moto, which hampered his overall result, and has left him with some points to make up in the standings.

Krestinov returned in the final race with a vengeance, and comfortably won the race. It has been quite some time since he last won a race over here, so it will surely do a lot for his confidence moving forward. Gert will be disappointed that there is not a sand track coming up in the near future, as that is where he shines, evidently. After all, he did win the MX2 GP at Lommel in 2008.