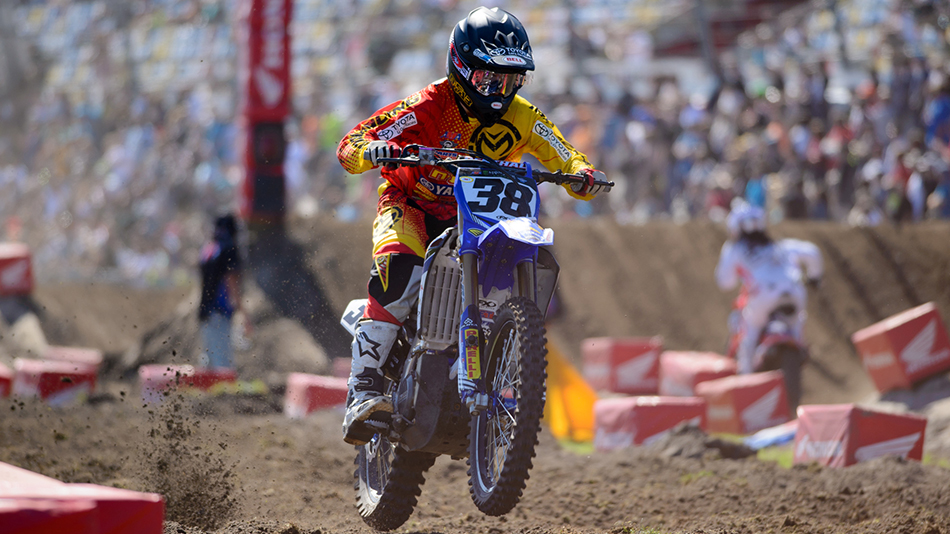 Under the Radar: Daytona

The annual Daytona supercross garners a lot of attention each year, and understandably so. It is a unique beast, after all. With a lot of people diverting their eyes to other aspects of the race, some riders went unnoticed, despite the fact that they posted some strong results.

Phi Nicoletti (450SX): Phil Nicoletti opened a lot of eyes in 2013 aboard an N-Fab Yamaha; he proved that he could indeed run up front in the 450SX class, both indoors and out. So, it came as a surprise to most that he signed a deal with the JGR Yamaha squad for this season, which only allowed him to contest six races over the course of the year. Although this means that Phil has some great equipment beneath him, it is quite difficult for him to garner good results, as he is not out there racing each week. Everyone knows that there is no substitute for racing!

In recent weeks, Phil has completed a lot of races, as he got to take part in some rounds that he was not scheduled to be at, because of an injury that Josh Grant sustained. Now that Grant is back behind the starting gate, Nicoletti will not be at another race until the penultimate round at the end of April, unless one of his teammates succumbs to injury. Obviously, this is quite a lengthy period without lining up behind a gate. So, it is quite unlikely that he is going to have a great ride when he returns, as he will have no momentum to build off of.

However, Phil did have a good ride at Daytona; the outdoor-style track played to his strengths – he ended up thirteenth. Prior to Daytona, he had not finished any higher than twentieth in a main event this year. It is just unfortunate that he is not going to have a chance to build off of this. If he were behind the starting line each week, I would bet that he would make it into the top ten on a few occasions. But, with this limited schedule that he is taking part in, I just cannot see it happening.

The aim here was for Phil to show what he can do on great equipment, so that he can garner a full-time ride on a top team. However, the fact that he is away from the races more often than not surely does not help his cause, as he is out of sight and out of mind. This issue may be rectified when the outdoors comes around though. Although he is only scheduled to ride the first three at the moment, the team has stated that they will make room for him for the full series if he is doing well.

Vince Friese (250SX): Vince Friese piloted a 450f in the early rounds of the 2014 Monster Energy Supercross series, before dropping down for the 250SX East series. Initially, a lot of fans questioned this decision, as he was enjoying a lot of success on the big bike and making a good amount of money through bonuses. But, he has exceeded everyone’s expectations so far on the little bike; he has had a fourth, two sixths and an eighth thus far.

Honestly, prior to the start of the year, I would have predicted that Vince would be finishing right around eighth more often than not. So, the fact that this is his worst result is a testament to how well he is riding, especially when you consider that the east coast is full of talented riders! For instance, the privateer is currently fifth in the standings, sandwiched between two Geico Honda riders (Justin Bogle and Blake Wharton).

You would think that these great results would earn Friese a ride on a good team, right? Well, unfortunately, it does not look like that will be an option for him anytime soon; he has a bad reputation in the pro pits, because of his dirty riding. Although you could argue that this is unfair, it is warranted – Vince has already been black flagged this year.