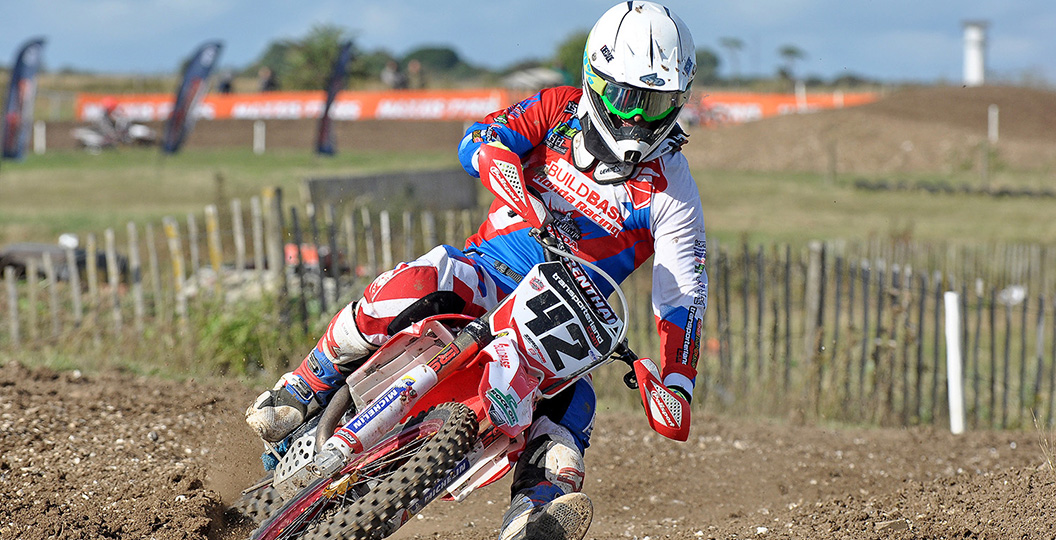 Under the Radar: Cusses Gorse

Brad Anderson: This feature has a bit of a theme this week, as all three Buildbase Honda riders are included, following a consistent day. Brad Anderson was the top finisher for the squad, as he ended fourth overall, just three points from third overall. Although average starts and a small crash in races one and two kept him on his toes, he garnered three solid results. In the third and final MX1 encounter, he had a relatively uneventful race and secured a very strong third as a result.

His performance at Cusses Gorse also bumped him up to third in the championship, which is obviously a spot that many riders would like to be in. With just four points separating him from Graeme Irwin, the last round is going to be close and both riders will undoubtedly give it their all in a bid to secure the position.

Many people questioned whether Brad could still be a podium contender at the beginning of the year, and unsurprisingly he has silenced the critiques with many good rides – he has shown no sign of slowing up, and will surely be in the same spot next year.

Elliott Banks-Browne: Unfortunately, the season has been a bit of a write off for Elliott Banks Browne so far, but he is slowly building himself back up to put himself in a position to fight for podiums before the end of the season. Cusses Gorse was certainly the best we have seen EBB perform since returning from his injury, and the fact that he garnered two fourths in the final two motos gives him some momentum to build off of moving forward.

Unfortunately, EBB had an incident at the very beginning of the first moto and he could only claw his way back up to twelfth. If he had been able to garner a solid moto finish in the first moto of the day, he could have finished even higher than fifth overall. However, breaking into the top five is still a great result following his recent run of bad luck. I think we will see an even better Banks-Browne in the coming months, which could make him a spoiler in the MX Nationals title fight and in the British Championship series standings too.

Nez Parker: Nez Parker was in a similar spot to Elliott Banks Browne going into Cusses Gorse, as he desperately needed to post some solid results, in order to create a foundation that he could build off of in the coming weeks. Well, he too exceeded expectations, as he garnered a brace of fifths in the final two motos following some spirited rides. Parker arguably made the best pass of the day when he whipped it past Alex Snow on the first large tabletop – don’t discredit his skillset!

Prior to Cusses Gorse, Nez had only scored points in four of the motos this year (after missing many others through injury), with his best result being a seventh in moto two at Whitby. It is a shame that his season has been so stop and start, as if he can finish fifth twice following a lack of race time, you have to think he would be even further up had he stayed healthy.

Michael Eccles: Who finished sixth overall in the MX2 class at Cusses Gorse? Michael Eccles! I feel like Eccles is quickly going to become a regular in this column, as many continue to overlook the fact that he has joined the top tier of riders, despite the fact that he has much less support than most of them. Admittedly, he was lucky to finish sixth following moto scores of two sevenths and a tenth, but that is the way it goes sometimes and he was still in the mix!

The tenth that he had in the final moto was a result of a bad start, as he was seventeenth on lap one, so he did well to get that high up on a track that most found it hard to pass on. I have said it before in this piece; I feel like Eccles is where Watson and Sterry were last year, so natural progression means that he will surely be a podium contender in 2015. For that reason, you have to think that a handful of top teams in the paddock have taken note of his rides – they are hard to ignore!