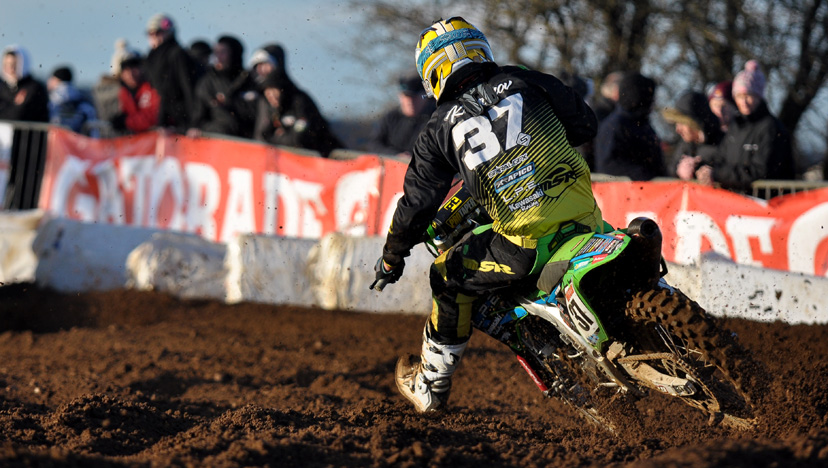 Under the Radar: Culham

The first round of the MX Nationals was packed with action; with many classes, and the MX1 and MX2 riders together in the pro class, it was a jam-packed weekend. So, some riders went unnoticed, because of that. In ‘Under the Radar’, we like to take a look at a couple of those riders that did not get the credit they deserve for some brilliant rides.

Gert Krestinov (MX1): For some reason, Gert Krestinov is forgotten about a lot of the time, despite the fact that he is a contender for podium spots, more often than not. Krestinov was always going to thrive on the rugged Culham track. After all, he won the MX2 GP at Lommel back in 2008 – you cannot deny he has the potential to succeed in our domestic series. In reality he could have been right in the mix with Whatley, Watson and Banks-Browne at round one of the MX Nationals, but his starts killed him – there was no way that he was getting anywhere near those riders after starting on the cusp of the top twenty.

However, Gert does deserve credit for moving through the field as well as he did, his results (two fourths and a fifth) gave him third overall. Although it was a bit of a gift with those moto finishes, he was thoroughly deserving of it – he put in the work to put his Apico LPE Kawasaki up on the box. Krestinov is clearly more of threat on the soft stuff, which is actually a good thing moving forward, as his next two races are on a sandy surface, so look for him to make more of a splash in the coming weeks.

Martin Barr (MX1): Following a rough time at Landrake, most questioned whether Martin Barr would be racing at the first round of the MX Nationals. However, he lined up, and enjoyed some success on his 350f. Honestly, considering that he was hurting coming in, and he was moving onto a different bike, I thought he would struggle, but instead he thrived! I was very impressed by his rides, as I have been at each event this year. Something has clicked for the Irishman, as he has made huge strides forward.

A DNF in moto one hurt him in the overall classification, but he still claimed fifth overall, remarkably. At midday on the Sunday, the pro riders returned for moto two, which is where Barr did his best work, as he claimed a strong second, ten seconds down on the eventual winner, Nathan Watson. In race three he had a sixth, after starting on the verge of the top ten. It was a solid weekend overall, and one that he can draw plenty of positives from. Martin will be able to rest up over the next week, and will undoubtedly come out swinging at Lyng.

Lewis Trickett (MX2): Lewis Trickett is featured in this column once again, as he claimed his first MX2 overall podium at Culham, following three great rides! It is impressive how much progress Lewis has made in the off-season – you have to think that his switch to MBO Sport Yamaha had something to do with this. Trickett has been in the MX2 class for a couple of years now, also, so that experience is surely proving to be valuable. Like at Landrake, he put in three consistent rides, as his MX2 moto finishes were two fourths, and a third.

Lewis is seemingly on the rise at the moment, so it will be intriguing to see how he continues to build on this in the coming weeks. Following the race, he was seemingly elated, so I am certain that he will put that momentum to good use at Lyng in a couple of weeks time, at the second round of the 2014 Maxxis British Championship.