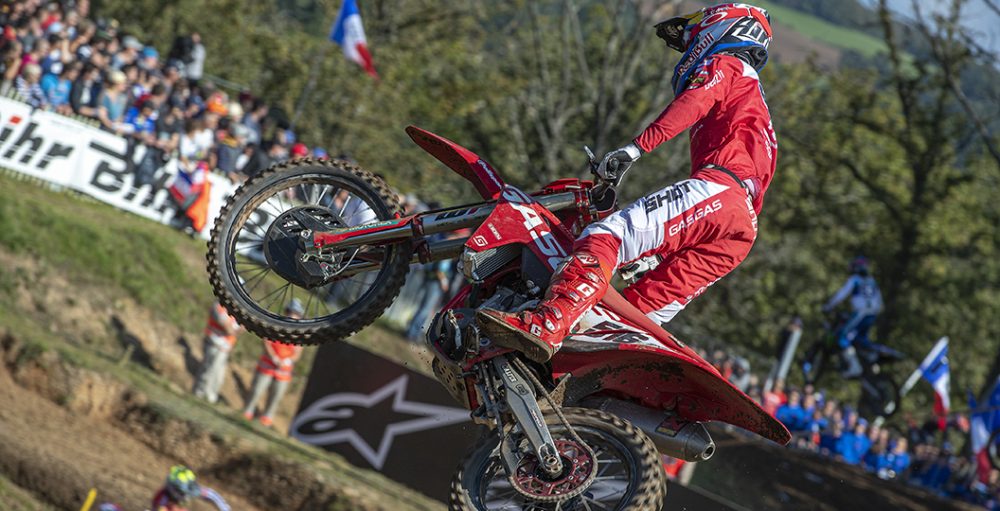 The thirteenth stop of the 2021 FIM Motocross World Championship will be run at Intu Xanadu, officially dubbed  the Grand Prix of Spain, today. The MXGP and MX2 results from the man-made venue are available in an easy-to-view format on this link. The latest results are always going to be put at the top of this page. Simply save the link and check back regularly to stay in tune with everything that is happening in Spain! Contact us over on social media if you have any specific questions (@motocrossvice on Twitter).

MXGP is incredible, as the series enters the Grand Prix of Spain. Jeffrey Herlings leads the championship for the second time this season, with a four-point advantage over Romain Febvre and a 10-point advantage over Tim Gajser. There is no telling what’s going to happen! Most exciting is the fact that Jorge Prado, a week closer to full fitness, is still in the mix, as is Antonio Cairoli. Jeremy Seewer is getting closer to his best form too; Pauls Jonass is reaching new heights too!

The MX2 division’s not quite as exhilarating; Maxime Renaux is 91 points ahead of Jago Geerts in second at this point. Mattia Guadagnini is four points further adrift in third. Most exciting is the fact that Tom Vialle, who is really the man on form currently, is edging closer to a medal position, as he is 21 points from Guadagnini in third. What a comeback after missing seven motos earlier in the term! The MXGP of Spain has the potential to deliver on so many levels.