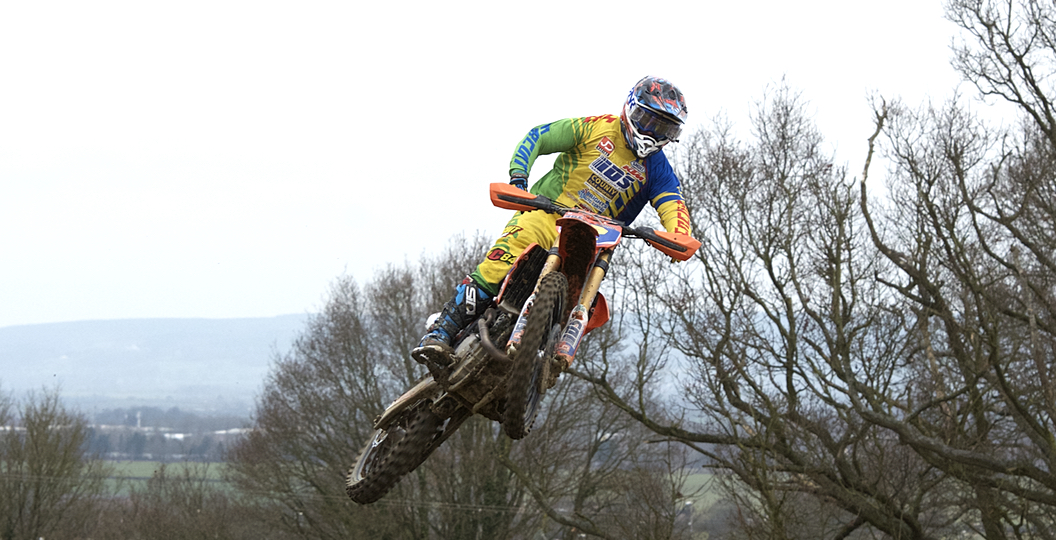 The Bridgestone BSMA nationals kicked into action at the great, flowing circuit of Brookthorpe this past weekend.

We’ll start with the ‘Bridgestone Cup’, where the first ten riders to enter from the Seniors, AMX and Vets group would duke it out in a one off race for the enormous trophy. Waterman, who suffered from a big crash in race two on Saturday, got to the lead early on, as Jack Timms, one of the favourites, went down in the first turn. Waterman built up a gap early on, but he couldn’t rest like I’m sure he would have wanted to;  Harry Linton was chasing after him! It was a case of too little too late, however, as Waterman would take the victory three seconds ahead of Linton and Timms, who charged right the way through the field.

Moving onto the championship races, the AMX class had some great racing all weekend. Waterman took the first race win just ahead of Timms, but would then suffer from a gnarly crash in race two and decided to sit our the rest of the weekend saving himself for the ‘Cup race’. With Waterman on the sidelines, Timms, Linton and Wheeler were left to fight it out for the remaining wins.

The most exciting race was the first race on Sunday. Timms would lead early on, but Linton put in a monumental charge to close the gap and by the last lap the two were neck and neck. They swapped places multiple times in just one lap. They went into the final turn side by side and would rush to the line in what was a photo finish. Timms went down and off the track as he crossed the line, but didn’t care, he wanted the win. But no, it was given to Linton by just 0.022 of a second. Timms would eventually take the overall from Linton in the AMX class as Dan Wheeler would get the overall in the open class division.

There was some great racing in the Seniors with Luke Scarsbrook looking the most impressive on his yellow Yamaha. Misfortune in race two and three would cost him the overall and the three race wins that he did rack up would only be good enough for second overall in his division, as again the class was mixed with MX1 bikes and MX2 bikes. It was the consistency of Corey Coombes that paid off as he would take first place overall after scoring three third place finishes and two seconds.

In the MX2 division it was Aaron Colley who took the overall with three race wins. He beat the number seventeen machine of Owen Woodhouse and Sam Beresford, who tied on points.

It was a full house for Dominic Lancett in the BW85 class; he dominated the weekend winning every race. Behind him though Hanscomb and Smith were very closely matched in speed, with Hanscomb just edging it with three second place finishes and two thirds. The AMCA points leader was second overall, so will have to regroup and think about how he will challenge Lancett at Wroxton for round two.

Alfie Boy Jones, Harrison McCann and Vinnie Ray Guthrie were the cream of the crop in the SW85 class, with each one of them taking at least one race win. Vinnie Guthrie, the winner of two races, suffered from a no score in the second race, which took him out of the chase for the overall and left him down in seventh. Jones may have only won one race over the entire weekend, but he was the most consistent as he would take the overall by just two points over McCann. McCann seemed to have the most energy at the end of both days, as he finished on top in both of the final races of the day.

Seeing forty junior riders fly up the start line is impressive, so is seeing them hit the big table top at the end of the lap. It’s unusual for a Junior class to have different winners, but this time every race had a different victor. The five winners were Larry Harper, Jake Randall, Tyler Smith, Keelan Hope and Finley Evans. It was Hope though who had the consistency to pull off the overall, as he only missed out on the top three once. I have to say something on Evans, because he only managed an eighth in the very first race, but he kept his head down, stayed focused and by the end of the weekend he found himself in the race winning position. Great job from the youngster.

Moving onto the autos and again it was great to see forty riders on the start line. It was an almost perfect weekend for young Freddie Bartlett, as he only dropped two points with one second place and four wins. The only guy who could challenge Freddie was Shaun Mahoney; he won the first race and was then second in every remaining race. He will have to figure out how he is going to stop Bartlett at round two.

Last but not least we have the Vets/Novice class. On the Vets side of things, Simon Bracey was the man to beat winning four of the five races and finishing second in the final race. That sees him take a seventeen point lead to Wroxton. The only guy to beat Bracey was Jamie Cooper, who only raced the Sunday and had an average first race in ninth, as he found form later in the day to edge out Bracey by five seconds. On the Novice side of the race it was Mantas Balciunas who had a perfect weekend winning all the races in his class.

Round two of the Bridgestone BSMA Nationals will take place at the natural flowing circuit of Wroxton in Oxfordshire on the sixteenth and seventeenth of April.