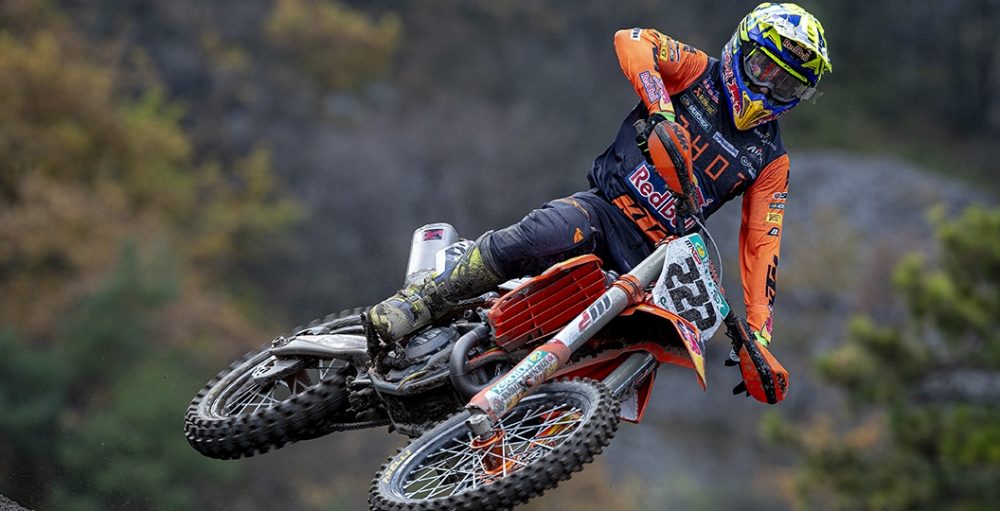 The sixteenth round of the 2020 FIM Motocross World Championship had it all; a very tight battle for the lead in MX2 moto one, a masterclass from Tim Gajser in MXGP moto one and an old-school battle between Clement Desalle and Antonio Cairoli in MXGP moto two. Catch up on all of that action, which transpired at the Grand Prix of Trentino, with the highlights package below.